Iconic Marilyn Monroe Gown To Go Up For Auction 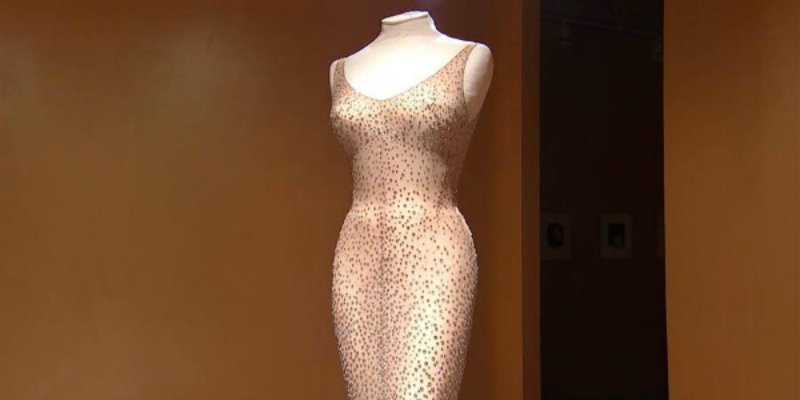 On May 19, 1962, in front of a crowd of 15,000 guests at Madison Square Garden, Marilyn Monroe slipped off her ermine fur coat and performed what might be the sultriest rendition of the “Happy Birthday” song the world has ever seen. On the receiving end of the ditty was none other than President John F. Kennedy, who was celebrating his 45th birthday.

It’s hard to say what wowed the crowd more that night—Monroe’s provocative performance or the barely-there dress in which she delivered it. The custom Jean Louis gown, which was flesh-colored, backless, and covered in 2,500 hand-stitched rhinestones, is said to have been so tight-fitting that Monroe had to be sewn into it just moments before taking the stage. The night would mark one of the star’s last public appearances before her untimely death three months later at the age of 36.

On November 17th, the iconic dress will go up for sale as part of the largest collection of Marilyn Monroe ephemera ever available at auction. The dress, which previously sold at Christie’s for $1.26 million in 1999, is expected to fetch between $2 million and $3 million this time around.

Among the other items hitting the auction block are Monroe’s costumes from Gentlemen Prefer Blondes and Let’s Make Love, an embellished Lanvin gown, rhinestone and fine jewelry, an alligator handbag from I. Magnin & Co., and covetable odds and ends, including a checkbook containing stubs of every check written from her account during the final year of her life, her monogrammed address book, eight Philip Morris cigarettes, and a tube of used Revlon lipstick (in “Bachelor’s Carnation” in case you were wondering).

The live auction will take place between November 17th–19th in Los Angeles, with a public exhibition from November 11th through November 19th. For more information, visit juliensauctions.com.