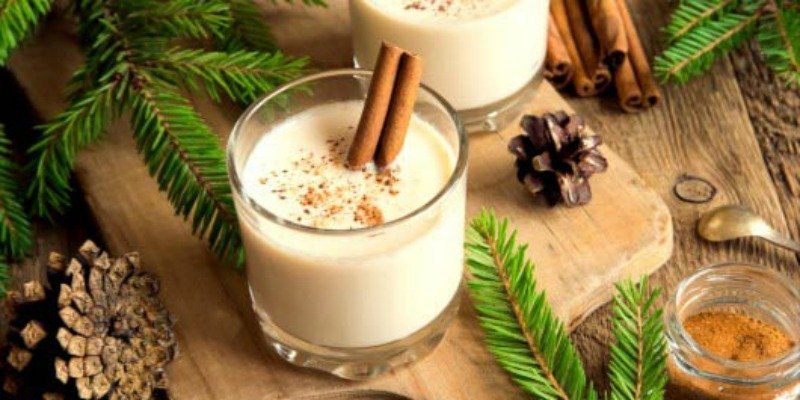 It's the most wonderful time of the year; a time for tree trimming, gift giving, and over indulging. To help get you in the spirit, we asked our fellow agents and staff to share their favorite holiday libations. From spiked apple cider and hot buttered rum to yuletide spins on classic barroom sips, these festive cocktails will get you through the holiday season without a hitch.

Wine is fine but whiskey's quicker, and this Maple Old Fashioned, a favorite of our marketing coordinator, Sam, puts a festive twist on the classic without veering too far from the original.

If you’re looking for a steamy libation with a bite of frost this holiday season, agent Lisa Rubell suggests mixing up a frothy Sex on a Snowbank. A wintery take on summer's Piña Colada, this drink might be the closest thing you’ll get to a snow day in L.A.

Recipe: 1.5 ounces of Malibu rum, 3 tbs of coconut cream, 6 ice cubes. Blend together and serve with coconut flakes on the rim of a martini glass.

If you like White Russians but don’t do gluten or dairy, try this lighter take on a classic White Russian named for its creator, our PR director, Meg.

This 'nog-forward cocktail, dreamt up by our copywriter, Tara, puts a holiday spin on a traditional White Russian. The eggnog is a perfect substitute for cream and gives the cocktail a spic

ed kick. If you’re not a vodka fan, bourbon is a good substitute.

Recipe: One part Ketel One, one part Kahlua, one part eggnog. Best served on the rocks, even better in a mason jar with a crushed candy cane rim.

You can’t go wrong with this holiday punchbowl classic, a go-to for our agent, Paul Blair, and a sure hit at any holiday function.

Recipe: Add a shot (or more) of bourbon to a glass with a large ice cube, fill the rest up with egg nog. Add a few shakes of cinnamon and enjoy.

There are few things better than a batch of hot buttered rum on Christmas. “Pretty sure I was conceived in Alaska during the long, dark winter after several rounds of these were consumed,” says Sacha. “I still make that 1970s recipe my mom gave me from the long-shuttered Anchorage location of a restaurant called Clinkerdagger’s.”

Some like it hot...others like it on fire. Or at least with a little Fireball whiskey. This spicy take on classic mulled cider is our account manager Kit's favorite way to celebrate the holidays. Take a sip and it might become yours, too.

Recipe: Pour a large bottle of fresh apple cider into a pot, add a cup of cinnamon whiskey (like Fireball) and your favorite spices, bring to a boil. Cover and simmer for 20 minutes. Serve hot.
Cinnamon Toast Crunch Shot | Christine Jankowski, PR Coordinator

Some like it spicy. Some like it sweet. But with this shooter, you get the best of both worlds. Inspired by the oh-so-delicious kids’ cereal of the same name, this shooter is a combination of Fireball and Rum Chata. A favorite of our PR coordinator, Christine, it’ll get you in the holiday spirit stat.

...And some like it simple. Our agent, Michael Perez, believes that the finer things in life are often the simple things. His go-to holiday sip is a Lagavulin 16 Year Single Malt served neat. No recipe required for this one, just grab a bottle and enjoy!

This wintery libation was created by Joshua Burrey, mixologist at Ty Lounge at The Biltmore Santa Barbara, and is a favorite of our agent, Sam Plouchart. This one takes a little time to pull off, but it's more than worth it once you take a sip.