The Agency Agenda: What To Do + Where To Go This January 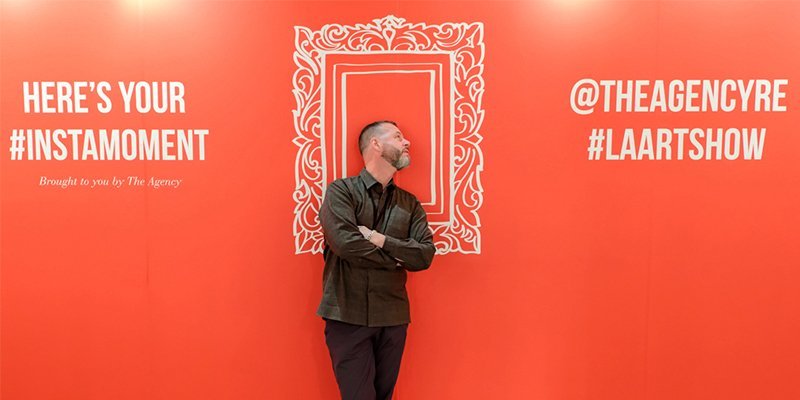 Our picks of places to go + things to do to make the most out of your January.

DON’T MISS → The 2017 LA Art Show at the Los Angeles Convention Center Jan. 11-15. For the 3rd year in a row, The Agency will be sponsoring the VIP Lounge and those who attend the Opening Night Premiere Party are in for an exciting night of live art, libations and great company, with all ticket proceeds for this delightful evening benefiting St. Jude Children’s Research Hospital. Join galleries, artists, curators and collectors with special exhibitions, installations and performances all with a thematic focus on Latin American art. One of the world’s largest and longest-running events and a major contributor to the global art scene, the LA Art Show gathered nearly 70,000 attendees this past year.

READ THIS → My Life, My Love, My Legacy: Coretta Scott King, wife of Dr. Martin Luther King, Jr., commissioned Rev. Dr. Barbara Reynolds to write her memoir twenty years ago and it will be released on Jan. 17. The book showcases Coretta King emerging from the shadows of her troubled upbringing, a woman who was not only married to Dr. King, but was married to the movement. Working tirelessly to continue her husband’s legacy, Coretta King lobbied for 15 years for the US to honor her husband with a national holiday and campaigned for the rights of the disadvantaged around the world. The memoir features reflections from legendary leaders and historical figures including Maya Angelou, Rep. John Conyers and more.

‘PARTY ON’ HERE → Wayne’s World 25th Anniversary Screening Event at The Grove on Jan. 9. Featuring a discussion with the director and select cast, the evening celebrates the 25th anniversary of the comedy classic. Mike Meyers, Dana Carvey, Lorne Michaels, and Peter Travers from Rolling Stone will also appear via taped segments. Guests can come dressed as Wayne, Garth or other characters for a chance to win one of several prizes. Limited supply of tickets are available.

DRINK HERE → Uncorked: L.A. Wine Festival at Union Station (Jan. 21) Uncorked: L.A. celebrates its second year with a legendary wine experience. Tasting from more than 150 wines, a champagne bar, gourmet food trucks, music and more. General admission will be able to sip from 6-9 pm, while VIP gets an extra hour starting at 5 pm.

TRAVEL TO → Sundance 2017 in Park City, the festival runs from Jan. 19-29 and features over 68 short films and 113 feature-length films from 31 countries (with 95 of those making their world premiere at the festival). This marks the first year that Sundance is focusing its programming around a specific theme: climate change. Our top picks include Ingrid Goes West, Patti Cake$, Chasing Coral, and It’s Not Yet Dark.

WATCH THIS → The 74th Golden Globe Awards on Jan. 8, will honor acting in film and TV in 25 categories: 14 for movies and 11 for TV. With Jimmy Fallon set to host the awards, La La Land leads on the film side with seven nominations, followed closely by Moonlight and Manchester by the Sea. The People v. O.J. Simpson: American Crime Story received the most TV nominations, followed by The Night Manager.  So just who will take home gold at the 2017 Globes? Make your predictions on The Agency’s twitter poll and tune in Sunday night.