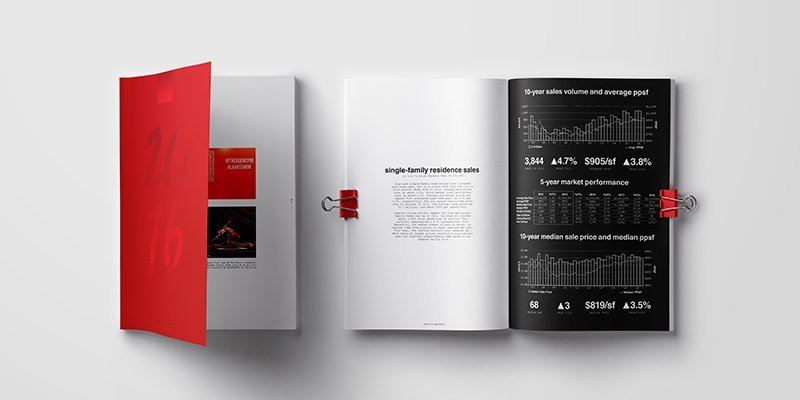 2016 was a milestone year for The Agency in production, growth, and furthering our mission to extend far beyond the traditional brokerage model. Our five-year anniversary saw the launch of four new offices and our highest annual sales volume to date, including L.A.'s two highest-ever recorded sales, The Playboy Mansion and North Carolwood, which each closed for $100 million. To date, we've closed more than $8.62 billion worth of real estate transactions and $2.93 billion in 2016 alone, making us the official leader of $20 million and up sales in L.A.

The Agency's 2016 Annual Report offers valuable insight into 2016's market performance as a whole, along with a close analysis of condominium and single-family home sales in L.A.'s prime neighborhoods, from Downtown to Santa Monica, Malibu, and beyond. The report indicates an increase in average sales prices of single-family residences by about 1.5%, along with an increase in demand. High-end condo prices also showed an increase year-over-year at a fairly consistent rate. The fourth quarter of 2016 in particular was a very strong period for home sales over $5 million, with transactions up 15% year-over-year and 4.3% quarter-over-quarter.

This year, we get up close and personal with our agents and staff with a spin on the Proust Questionnaire, share our favorite moments and accomplishments of 2016, and recognize the agents who topped the industry charts in Variety, Wall Street Journal, The Hollywood Reporter, and more.