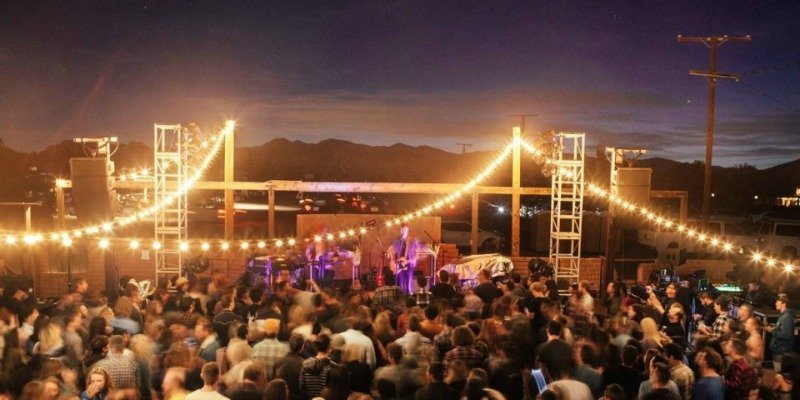 For music lovers, the arrival of spring is synonymous with festival season. But if you're not a fan of wild crowds and feather headdresses, it doesn't mean you have to miss out on all the fun. From high-desert honky tonks to roadside mountain dives, Southern California is a veritable treasure trove of eclectic music venues that guarantee a good time sans VIP wristband. Here are three of our favorite spots to eat, drink and tap your feet in SoCal. 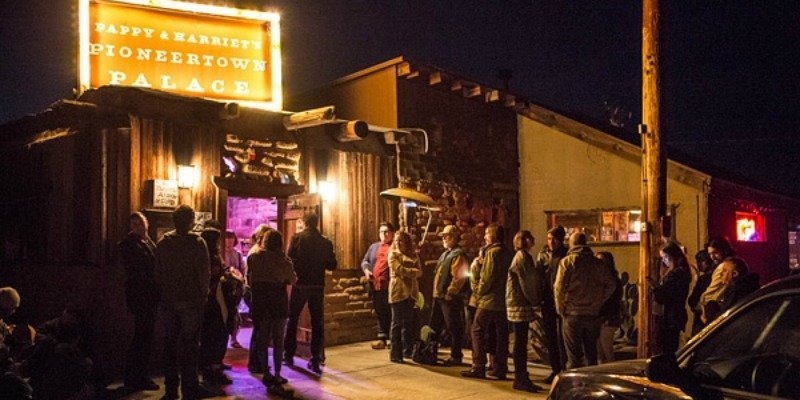 This legendary desert Honky Tonk has been serving up delicious barbeque and a steady dose of live music since 1982. Located off a dusty road in Pioneertown, California, 15 miles away from Joshua Tree National Park, Pappy & Harriet’s sits amidst a sea of Yucca trees and wild west facades of stables, saloons, and jails where Roy Rogers and Gene Autry once bore their spurs for film and TV in the 1940s. Expect messy racks of ribs, hot bowls of chili and cold beer served in mason jars with an eclectic weekly lineup of local and national artists. Everyone from Vampire Weekend and The Kills to Robert Plant and Paul McCartney have graced its modest indoor and outdoor stages, and you never know who might show up as a surprise guest on Sunday evenings alongside the house Sunday Band. 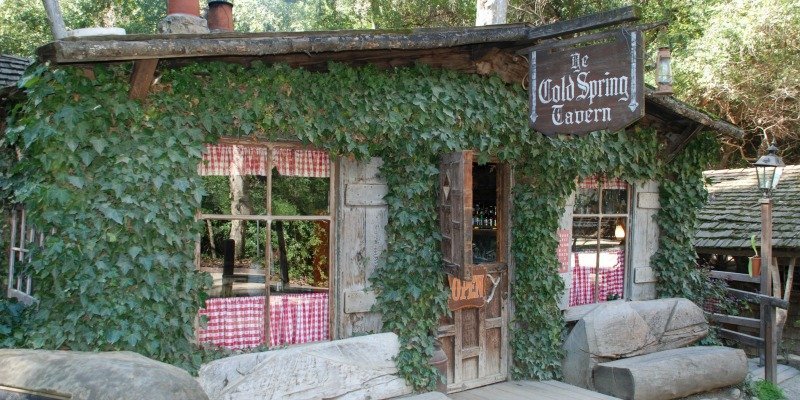 Originally built as a stagecoach stop in the 1880s, the vibe at Cold Spring Tavern is one part California Gold Rush and another 1970s Laurel Canyon cool. Nestled in the mountains 30 minutes outside of Santa Barbara, the tavern offers both an upscale restaurant—with game offerings like buffalo, rabbit and venison—and a raucous mountain bar scene that gives one the feeling of being worlds away from it all. Drawing a colorful mix of tourists, Santa Barbara locals and Harley Davidson devotees, the weekends are the time to visit, with a talented roster of musicians playing rock and blues and some of the best tri-tip sandwiches in the West. 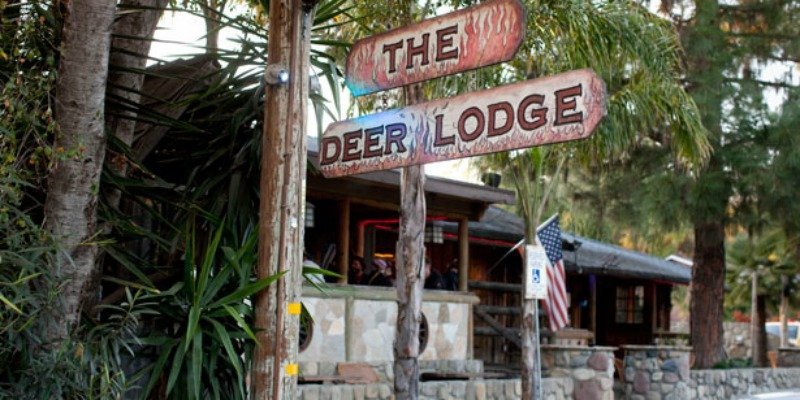 Ojai has long been known as a premier yoga and spa destination, but one of its best-kept secrets is a roadside bar and restaurant tucked away in the sun-kissed mountains called Ojai Deer Lodge. Established in 1932, the patio of this retro hideaway is the perfect place to take in Ojai’s gorgeous mountain and valley views and infamous “Pink Moment” sunsets with a burger and craft beer. Afterward, you can move inside and enjoy great live music—including an entertaining open mic night on Thursdays.