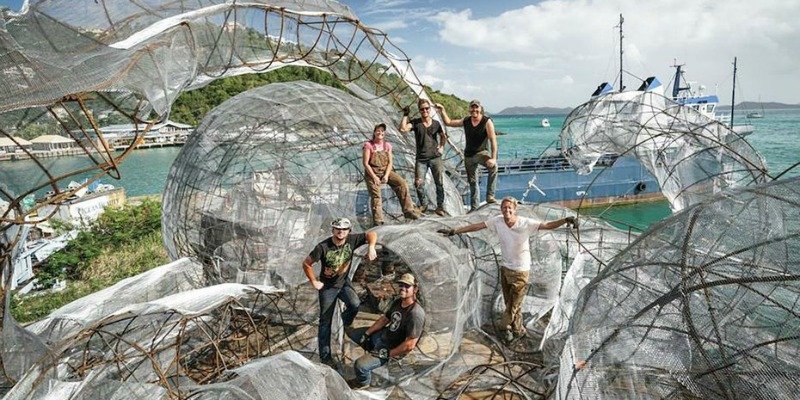 Sir Richard Branson, the business magnate behind the world’s first space tourism program, is at it again—only this time he intends on sending travelers in the opposite direction.

For his latest endeavor, the Virgin Airlines founder partnered with a global network of researchers, philanthropists, and artists to turn an abandoned WWII naval ship off the British Virgin Islands into one of the most unique dive sites in the world.

Under Branson and his team’s guidance, the “Kodiak Queen”—one of only five ships believed to have survived the attack on Pearl Harbor—escaped demolition and has literally been sunk to glory, transformed into an underwater art installation and wildlife habitat dubbed Project YOKO BVI Art Reef.

The eco-dive and ocean conservation site, which features an underwater art gallery with an 80-foot-long Kraken sculpture, serves as both a deep sea playground for adventure-seeking divers and a hiding place for the ocean’s vulnerable fish species. In addition to the obvious recreational draw, the otherworldly dive site will be used to address important issues relating to global warming and marine conservancy, operating as an artificial reef and science lab to benefit local children and the island community, with charitable proceeds going to support marine education programs.

Unlike Branson’s high-ticket space pursuits, it’s free to visit the dive site on your own (though a number of tours are offered through outside tourism agencies). For more information about diving or sponsoring the project, visit the BVI Art Reef website.