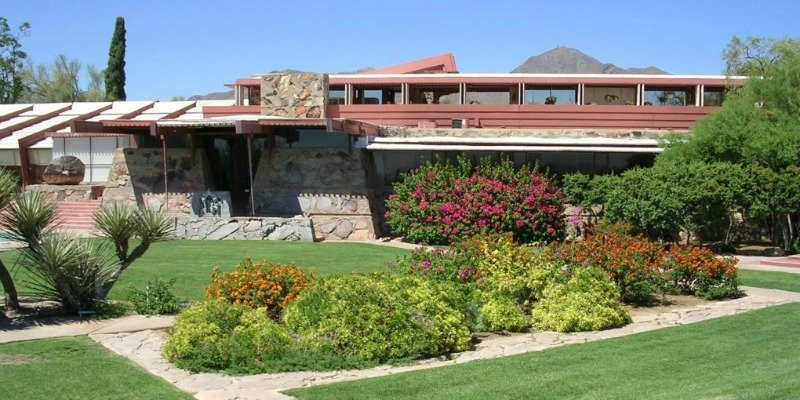 June 8th, 2017, marks the 150th anniversary of Frank Lloyd Wright’s birth. Credited with designing more than 1,000 structures in his lifetime—from New York’s seminal Guggenheim Museum to Pennsylvania’s landmark Fallingwater residence—Wright is considered to be among the most prolific architects of the 20th century. To celebrate his life and legacy, a series of innovative tours and events are taking place across the country—and here are a few of The Agency’s top picks!

TALIESIN WEST IN SCOTTSDALE → In addition to being home to The Agency’s 9th office, Scottsdale is also the location of Wright’s iconic winter home and studio, Taliesin West. The National Historic Landmark, tucked in the foothills of the McDowell Mountains, also houses the Frank Lloyd Wright Foundation and is the headquarters of the Taliesin Fellowship. To mark the occasion of Wright’s 150th, the foundation is offering $1.50 tours and birthday cupcakes on June 8th. 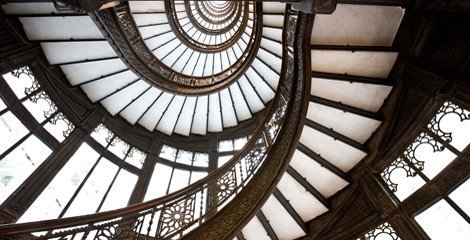 CHICAGO PROPERTY TOURS → Wright spent the first 20 years of his career in Chicago, and the city is home to the largest collection of his designs in the world. In honor of his birthday, several of his most iconic creations will be open for free evening tours. But if you really want to get a taste of Wright’s Chicago, hop on one of the trust’s guided bus tours, which include visits to the Light Court, an early Chicago skyscraper; suburban Oak Park, which touts the most Wright residences in the world; and the iconic Frederick C. Robie House, which is considered a precursor to modernism architecture. The tour operates on Mondays and Saturdays from June to October. Admission is $125-150, for tickets and information, visit the Frank Lloyd Wright Trust’s website.

FRANK LLOYD WRIGHT AT 150 AT MOMA → Coinciding with Wright's 150th, the much-anticipated exhibition, Frank Lloyd Wright at 150, will open at The Museum of Modern Art in New York. Comprised of approximately 450 works made from the 1890s through the 1950s, the exhibition will feature architectural drawings, models, building fragments, films, textiles, paintings, scrapbooks and more, along with a collection of works that have rarely—if ever—been on display to the public. Divided into 12 sections, the exhibition serves as an anthology of his work, with each section investigating, interpreting, and contextualizing a key object or collection of objects from the Frank Lloyd Wright Foundation archives. 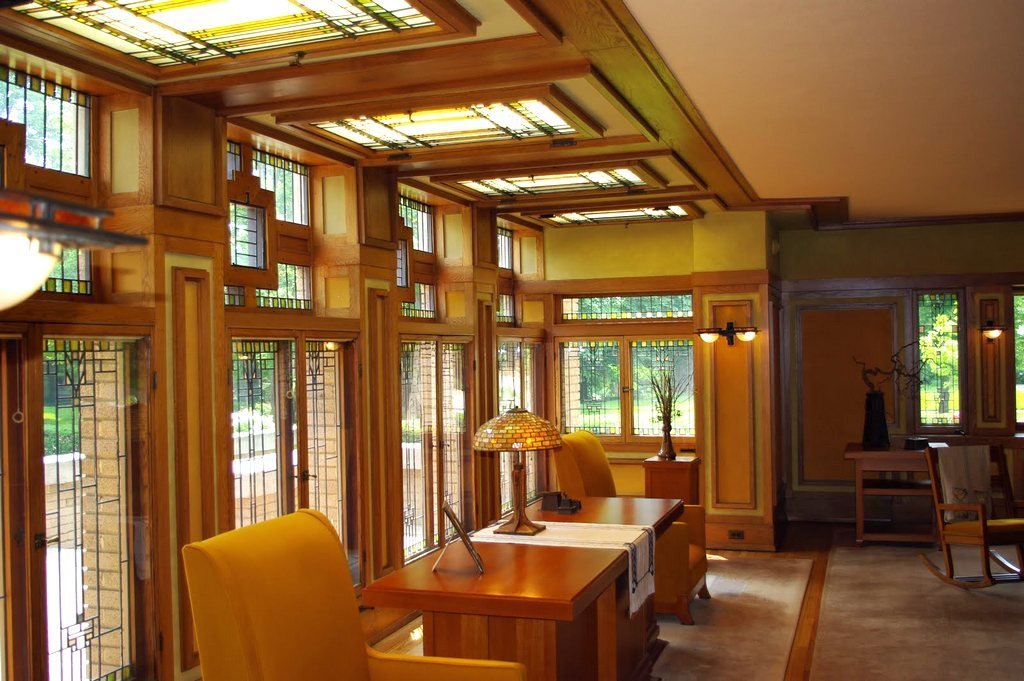 Wright’s career, the landmarked Darwin D. Martin House in Buffalo, New York, consists of six interconnected buildings and is a perfect example of Wright’s Prairie House ideal. Containing 394 examples of Wright-designed art glass, it’s also home to the famed “Tree of Life” window. In honor of the anniversary, both The Martin House and the nearby Graycliff property will come together to celebrate. Events run through the summer and include a birthday party on June 8th with a $1.50 self-guided tour, cupcakes and a photo; a birthday camp out; family fun day and more. For a complete list of events, visit the Martin House Complex website.