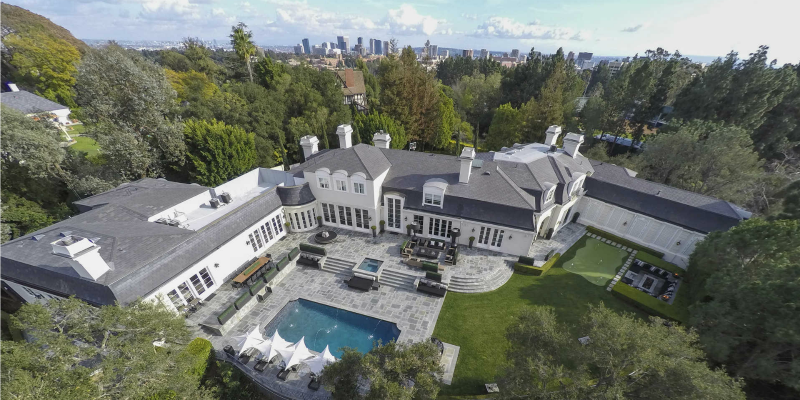 “Los Angeles prices have gone up so much, but still represent a great value compared to New York or London,” David explains as his reason for considering other cities when pricing L.A. properties. The sale of his own West Hollywood home, which he built in 2015 and recently sold for $3.7 million to a New York buyer, set a price-per-square-foot record for the street. Shortly after, three other homes on the block sold at the same price point, two of which went to East Coast buyers. We sat down with David to see why East Coasters, long-acquainted with Manhattan’s sky high real estate prices, are looking so favorably upon L.A.—and why foreign buyers are following suit.

As someone who moved from London to L.A., what do you think attracts so many foreign and out-of-state buyers to the city?

Beyond the incredible weather, buyers here get much more land relative to places like New York, Miami, London, and Hong Kong. And with that land comes a lifestyle—the big pool, the backyard. That’s what L.A. is all about. It’s very appealing. International buyers are looking for good value relative to the price of luxury properties in their home cities. So, while a $40 million home may seem high to an L.A. native, that same home might cost upwards of $200 million in Hong Kong. So for the Hong Kong buyer, it’s a fantastic deal.

How do you approach determining the price per square foot of a house and what factors contribute to its value?

When you’re looking at price per square foot, you can’t just look at the house. You have to have a broader view and opinion on value. The lot size, its orientation, and available views are all incredibly important. You might have two seemingly identical homes; the home without a view may be more tastefully done, while the other may be a more standard spec home. You have to consider where the value is and recognize it’s often the small details that set a home apart. When all is said and done, it can be very subjective.

Are foreign buyers settling in L.A., or are they buying for investment purposes?

Both, however, an increasing number of foreign buyers are looking to L.A. for its return on investment. They see what a great financial opportunity L.A. can be and the income their homes could generate. The reality is once you’re on an airplane, you’re on an airplane. More and more people are willing to overlook the travel time in their decision to buy property in Los Angeles. They might live in the house three months out of the year and rent the property out for the short term to pay their property tax. That to me suggests we are still undervalued in Los Angeles.

What do you project will happen to the L.A. market in the next few years? Is inventory shrinking? Will prices continue to rise?

There is plenty of inventory in L.A., and there are plenty of new developments. The question is whether the quality meets the demand. Developers who want to appeal to this new market of wealthy foreign buyers are realizing the homes that break records have a superior quality of construction. I believe the market is really pushing the standards higher, as far as home features and amenities. Buyers are expecting more, and developers need to keep up with those expectations. Historically, L.A. has very much been its own market. Ultimately, when buyers pair such high value, relative to where they’re from, with the incomparable L.A. lifestyle, the sky’s the limit.