Gideon Lang-Laddie Takes The Agency on the Ultimate L.A. Joyride 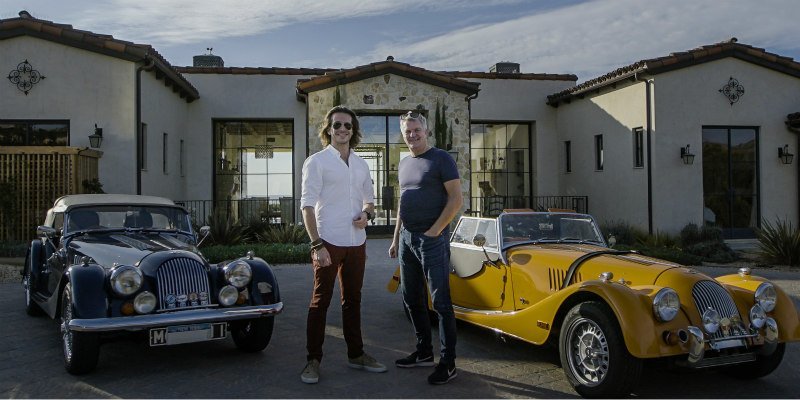 When London-born agent Gideon Lang-Laddie, a self-proclaimed classic car enthusiast and proud owner of a 1977 Morgan Roadster, asked if we’d like to tag along on a driving tour of L.A.’s prized real estate, we jumped at the opportunity to snag a spot in the passenger’s seat.

Joining Gideon on the joyride was his dear friend Charles Morgan, grandson of the Morgan Motor Company’s founder H.F.S. Morgan. On a 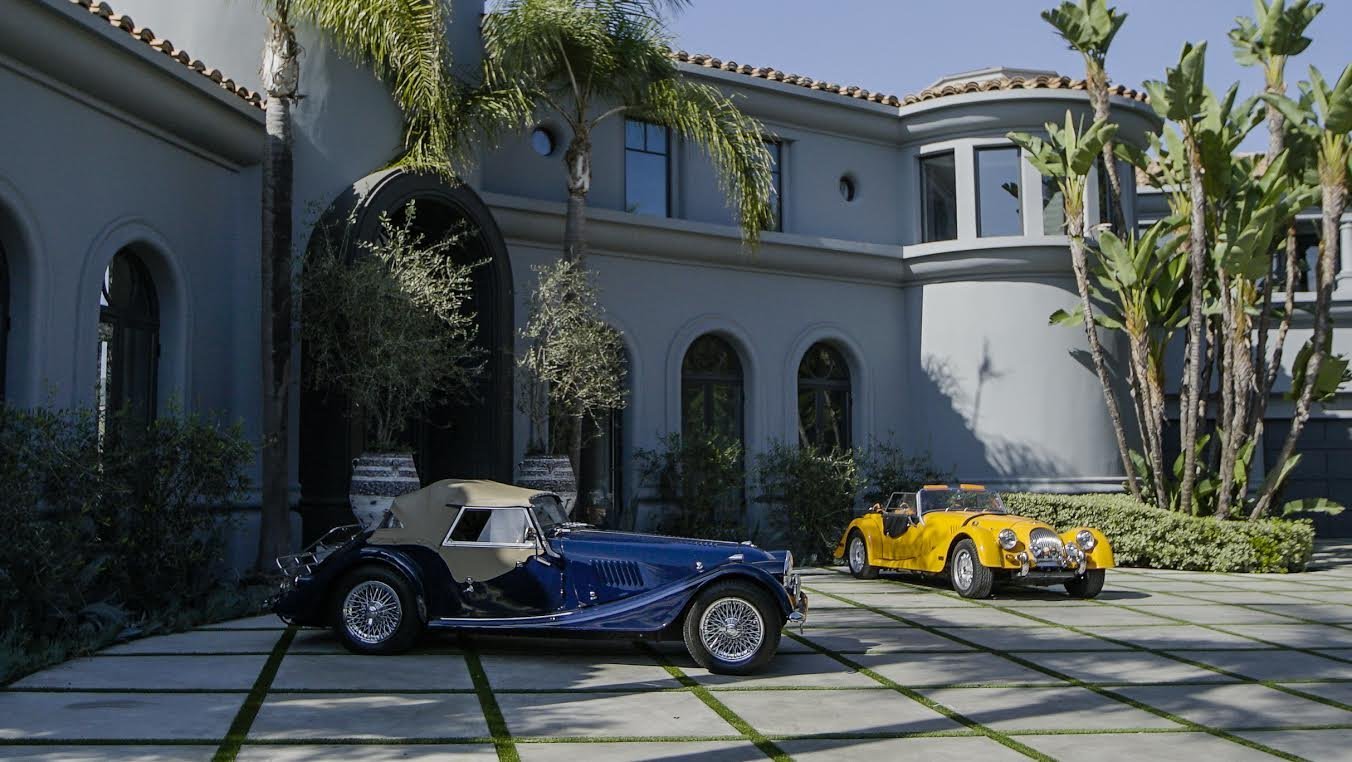 sunny fall morning, Gideon and Charles met at The Agency’s Beverly Hills headquarters in their respective rides to caravan to two of our most coveted luxury listings. From the Beverly Hills flats through the neighborhood’s undulating hills—past many an ogling tour bus along the way—the pair arrived at their first stop, 9719 Heather Road. Represented by Mauricio Umansky, the exquisite French contemporary estate, designed by renowned architect Richard Landry, boasts nearly 10,000 square feet of living space, with private double gates leading to an expansive motor court—perfect for showing off a car collection. 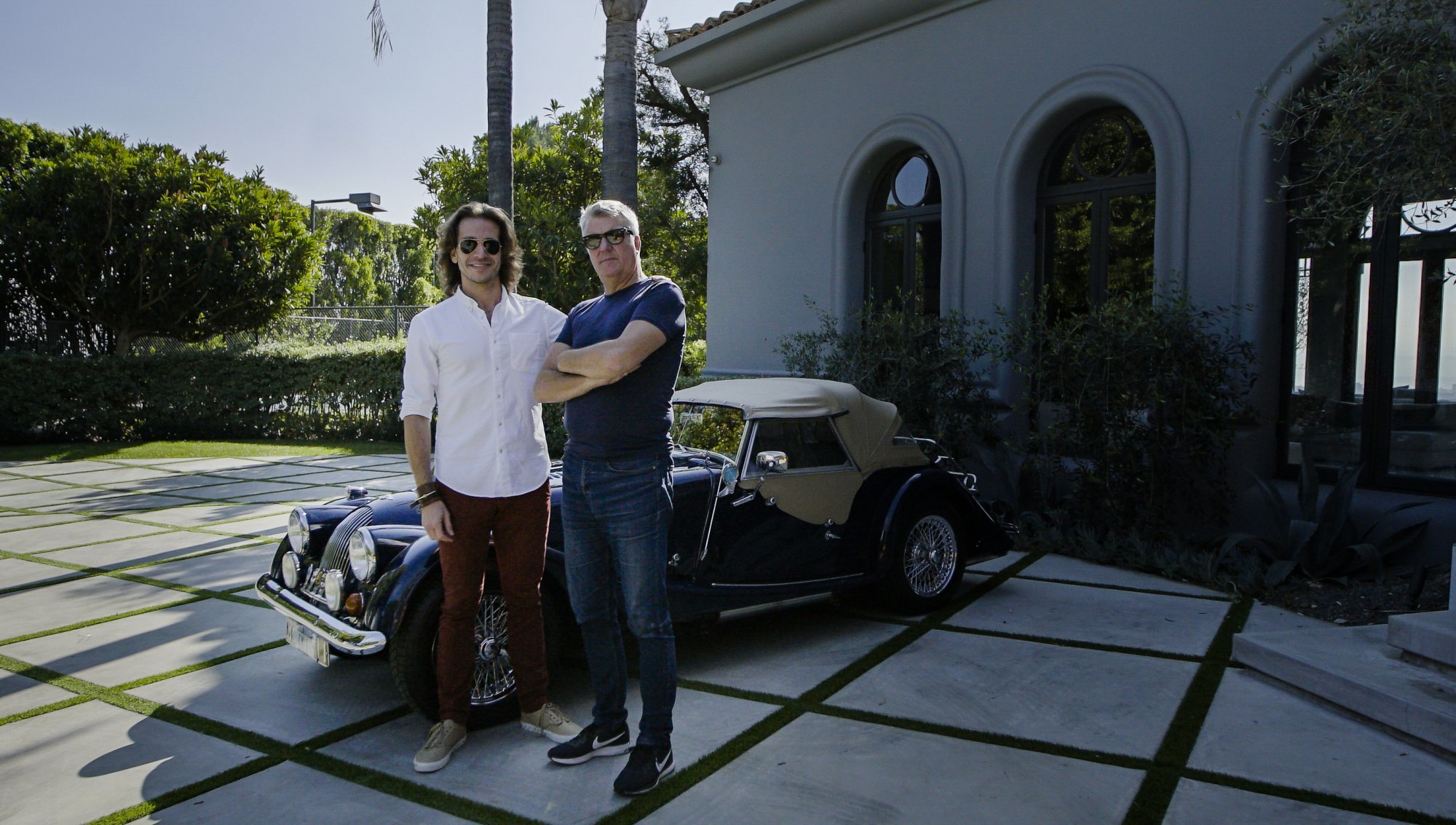 After some obligatory photo ops with the cars, the pair hightailed it to the resort-like backyard, reminiscing over their first Morgans while taking in the sweeping city-to-ocean views. “I was bitten by the car bug when I was a little kid,” Gideon mused. “My late father always drove Morgans. Some years ago, I was working in finance in London and had a day off. I rang up a Morgan dealer on a whim and asked if they had any fixers in. Turns out they did. I called my dad and asked him if he’d like to come along, and we took the car out for a spin. After the test drive, I asked my dad if I should buy the car. He went silent. ‘You have to make up your own mind,’ he said. ‘I’m not going to tell you what to do.’ As a Morgan enthusiast himself, I couldn’t believe he wouldn’t give me any advice! After some deliberation, I made the dealership an offer.”

Once all the paperwork was signed, Gideon asked his dad if he had made the right choice. “If you weren’t buying it... I was,” his father replied with a laugh. “But I wanted the decision to be yours.” It was the kind of tough love that would shape Gideon into such an astute Wall Street trader and real estate agent—a quick thinker who now guides his clients through the biggest transactions of their lives.

No California drive would be complete without a jaunt down the Pacific Coast Highway, and though it was hard to pull themselves away

from the incredible views at Heather Road, Gideon and Charles hopped back into their Morgans and made their way down the hill and west, to Malibu. After the quintessential California drive—in the quintessential British automobile—the pair stopped at 29917 Pacific Coast Highway, a Douglas W. Burdge-designed, newly-constructed Tuscan Villa perched above Malibu’s famed Zuma Beach. Listed by Angel Kou and Blair Chang, the villa boasts unobstructed whitewater views, with a stunning infinity pool that appears to stretch right into the ocean.

“What draws me to Morgans is what draws me to luxury real estate,” Gideon said, eyes fixed on the horizon. “The limitless possibilities for configuring and customizing these cars is similar to that of high-end homes. Morgan produces only the finest quality, handcrafted vehicles—from the interiors to the body color—no two are exactly alike.”

As we watched the sun slip into the Pacific through the home’s towering glass windows, one thing was for certain: we may have been a long way from the UK, but the Morgans had met their match in Malibu.