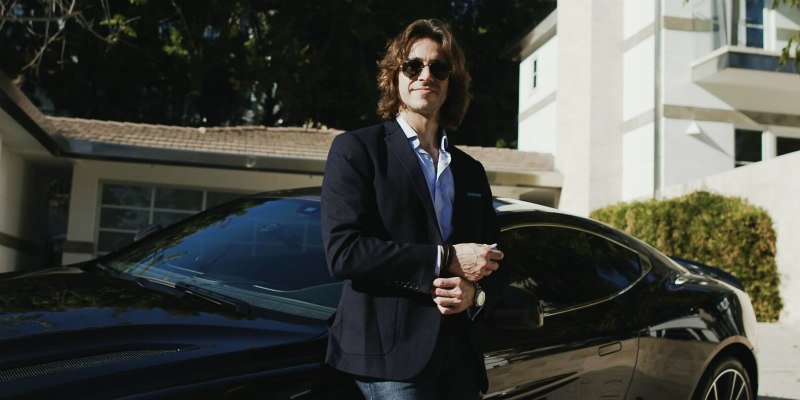 Last fall, agent Gideon Lang-Laddie took us on the ultimate L.A. joyride. We had so much fun, we decided to make it a monthly adventure, aptly titled Gideon’s Agency Roadshow. This month, we’re kicking things off with a cruise in a luxe 2014 Aston Martin Vanquish Coupe to visit some of the city’s hottest properties. 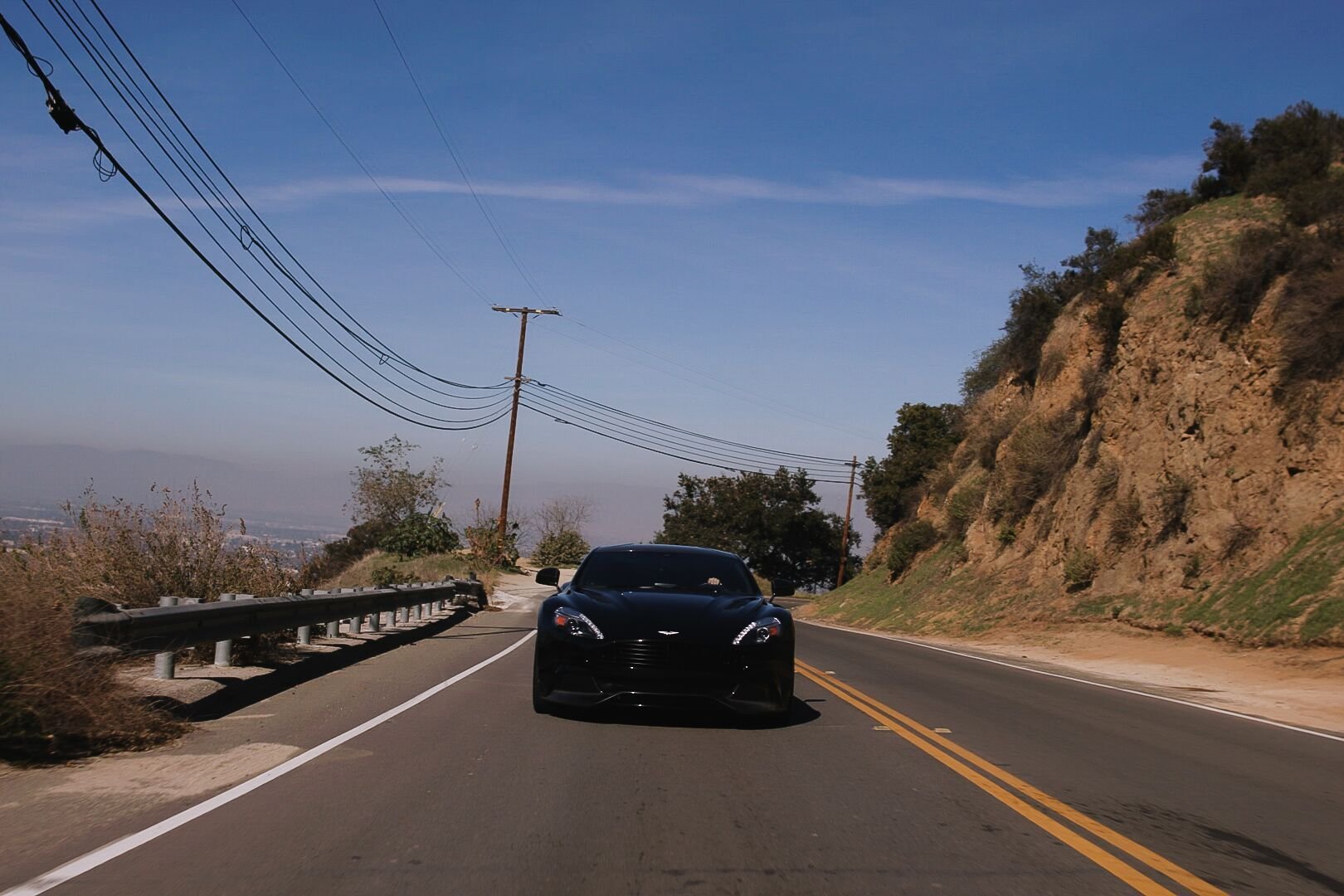 “This Aston Martin receives as many admiring glances as the most magnificent of Malibu mansions and is as striking as the most contemporary of Hollywood Hills homes,” Gideon said of the sexy black-on-black ride. The journey began when Gideon awakened the sleeping beauty with the push of a button. “If one doesn’t feel like a superhero firing this start button, then superhero status will remain unobtainable!” 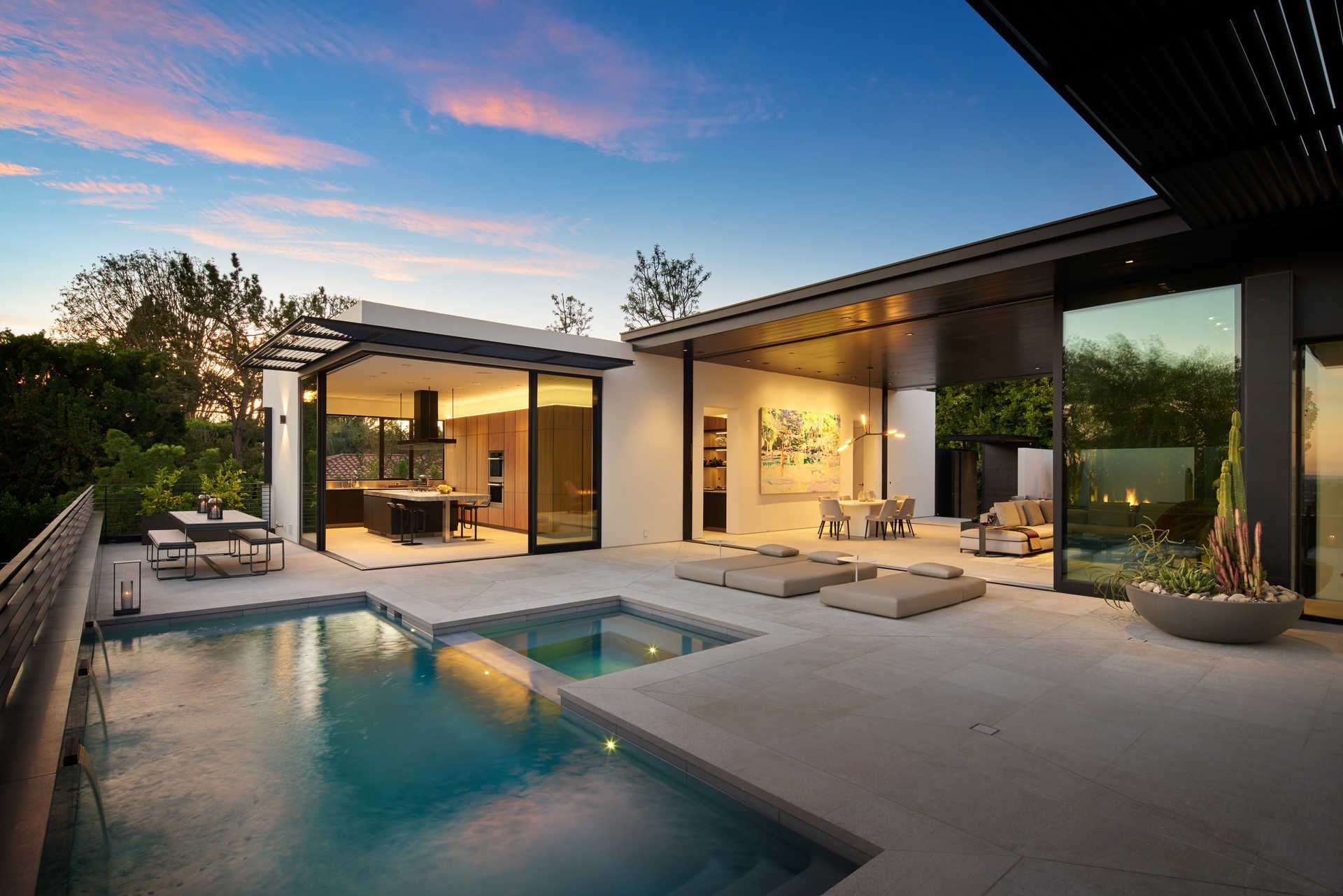 L.A. traffic is usually a headache, but when you’re cruising around in a car this plush, you’ll welcome it with open arms, happy to savor the experience. First stop? 1450 Blue Jay Way, a newly-constructed, architectural home in the exclusive Bird Streets neighborhood. Represented by Michael Druker and Jeff Kohl, the five-bedroom estate oozes sophistication, much like the Vanquish. A serene courtyard oasis leads to a 12-foot ceilinged, glass-enclosed great room that flows to a stunning pool and spa terrace. A cool lounge and game room, striking wine display, in-home gym and entertainment room elevate the offering, which is complete with a two-car garage where you can tuck your Aston away at night.

The adventure continued as Gideon hopped back in the car and took a short drive over to Beverly Hills, turning heads along the way. “The purr from the engine only complements the experience of driving around Bel Air and Beverly Hills, taking the tight turns of Blue Jay, Oriole and Thrasher with ease,” he remarked. “The vehicle handles the leafy Bird Streets like a dream, constantly reminding the driver that what lies beneath the alcantara and leather cockpit has a racing pedigree, yet still drives like a refined grand-tourer, respecting driver, passenger, and neighborhood.” 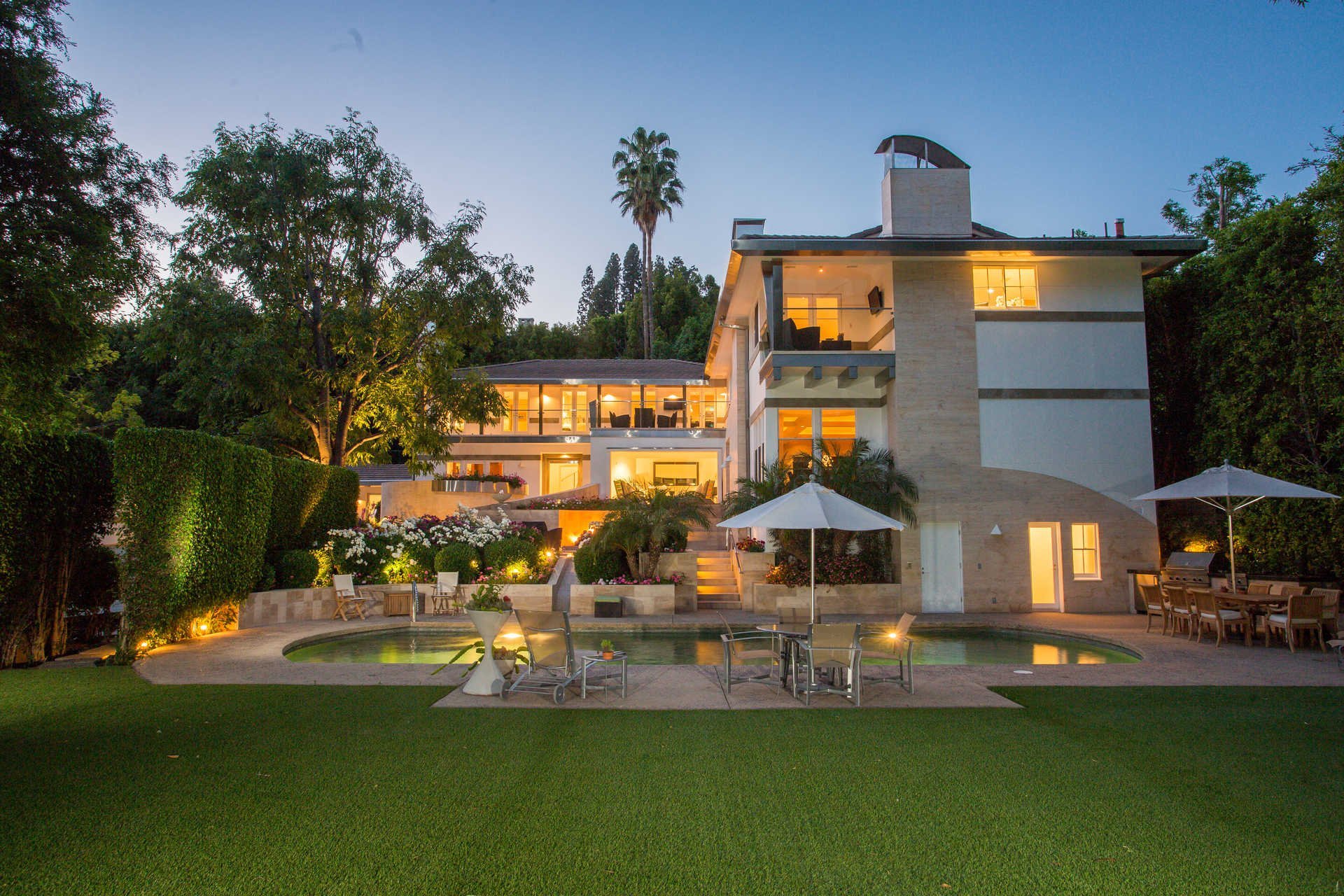 The next stop was 661 Doheny Road, nestled on over an acre of lush land. Listed by David Findley and Mauricio Umansky, the home is a car enthusiast’s dream, boasting a three-car auto gallery and motor court with space for 25 cars. Did we mention the property is rich with Hollywood history? Luminaries like Frank Sinatra, Dean Martin, Bob Dylan, Warren Beaty and Elvis Presley have all raised a glass here.

And just like that, the adventure came to an end and Gideon set off toward the sunset—Sunset Strip, that is—en route to a more open road.

“Open the Vanquish on the 405 and head to the 10 for a drive along the PCH and you’ll understand what this British bullet has been politely holding in reserve,” he mused. “It offers up a level of performance only a thoroughbred supercar could dream of sharing… not that one would ever want to race away from the beautiful properties we visited on this journey.”