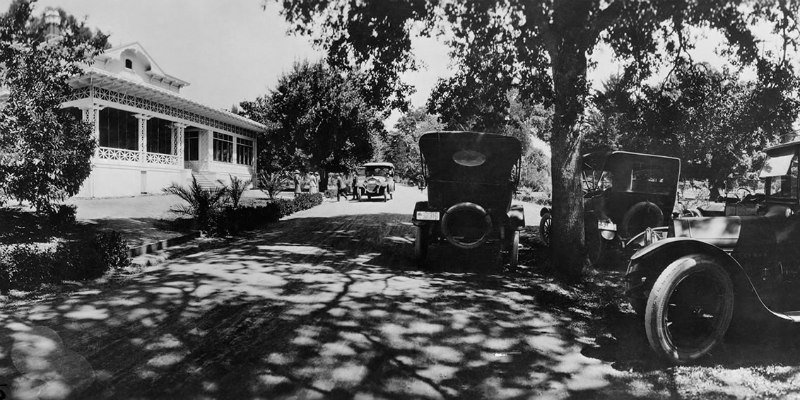 Before the town of Danville solidified its standing among California’s most coveted enclaves—and became the site of The Agency’s East Bay office—it was a quaint farming town and little-known thoroughfare during the California Gold Rush. Often referred to as “the heart of the San Ramon Valley,” the town was settled and named by two brothers, Daniel and Andrew Inman, who purchased 400 acres of farmland in 1854 with their mining earnings.

“Danville and nearby Diablo are known for many things, and one of them is their history,” says Taso Tsakos, Managing Partner of The Agency’s Danville Office. “Many of the town’s early buildings still stand today, and our streets and schools are named for its early pioneers. We’re proud to be a community that values our heritage, and we put a great deal of effort into preserving that history.” 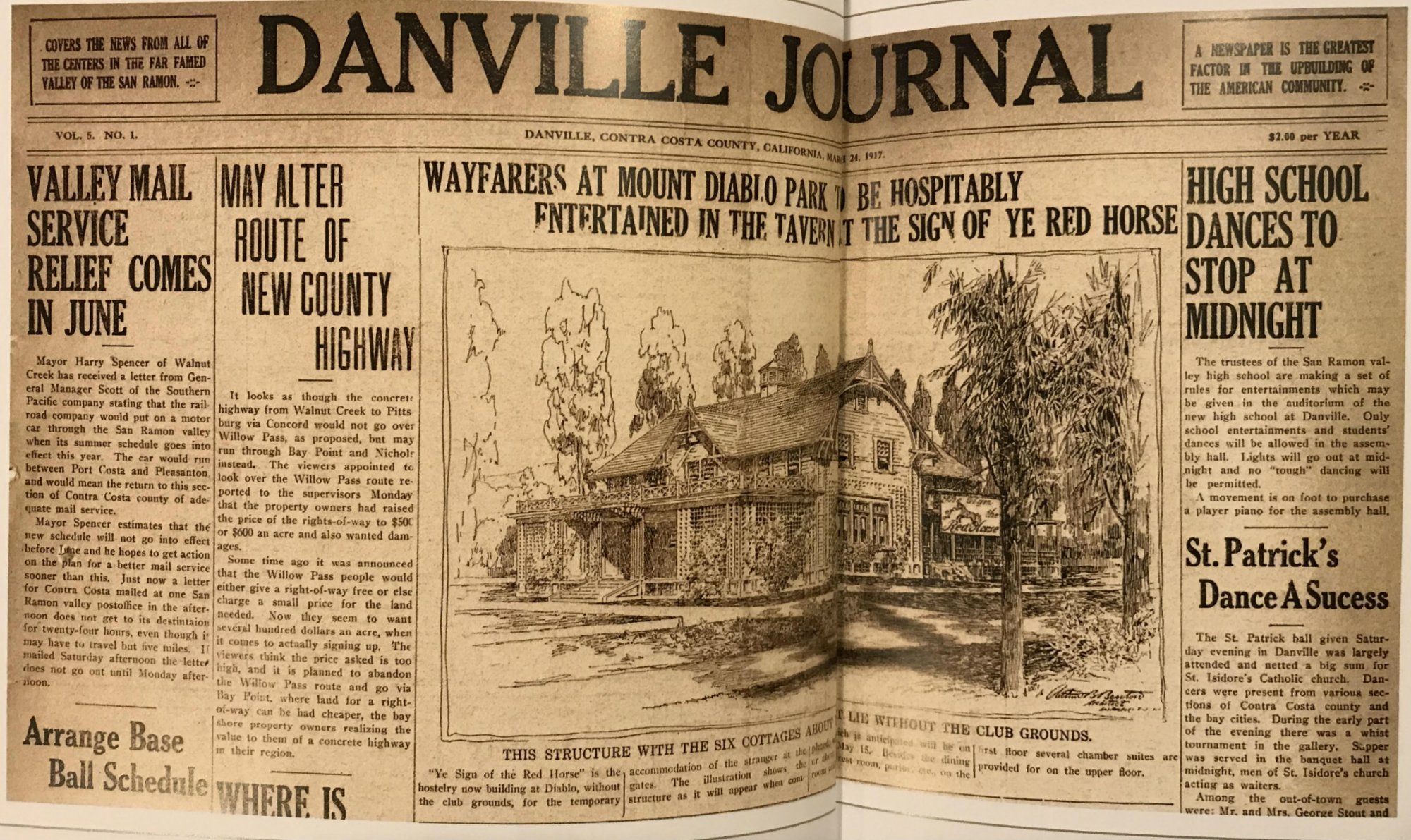 Among Diablo's many historical buildings is the original Red Horse Tavern—or Ye Sign of the Red Horse, as it was named in a 1917 edition of Danville Journal—a circa-1885 carriage house located within the exclusive Mount Diablo Country Club. Its founder, Robert Noble Burgess, envisioned the club, among the first of its kind in California, as a swank country retreat where wealthy San Franciscans could escape the city’s fog against a backdrop of the picturesque Mount Diablo. He employed architects to plan the dwellings and managed to make the club an official stop on the new Southern Pacific Railroad line, effectively putting the town of Danville on the map.

In need of room and board facilities for visitors and living quarters for the club’s employees, Burgess moved a carriage house onto the property and called upon architect Arthur Benton to transform the dwelling into a public tavern with rooms. The space opened in 1917 and operated in its original form until 1948, when it was converted into the Red Horse Apartments and the tavern was moved to a new location.

When the building was put on the market last year, Taso jumped at the opportunity to purchase the historic property and restore it to its original 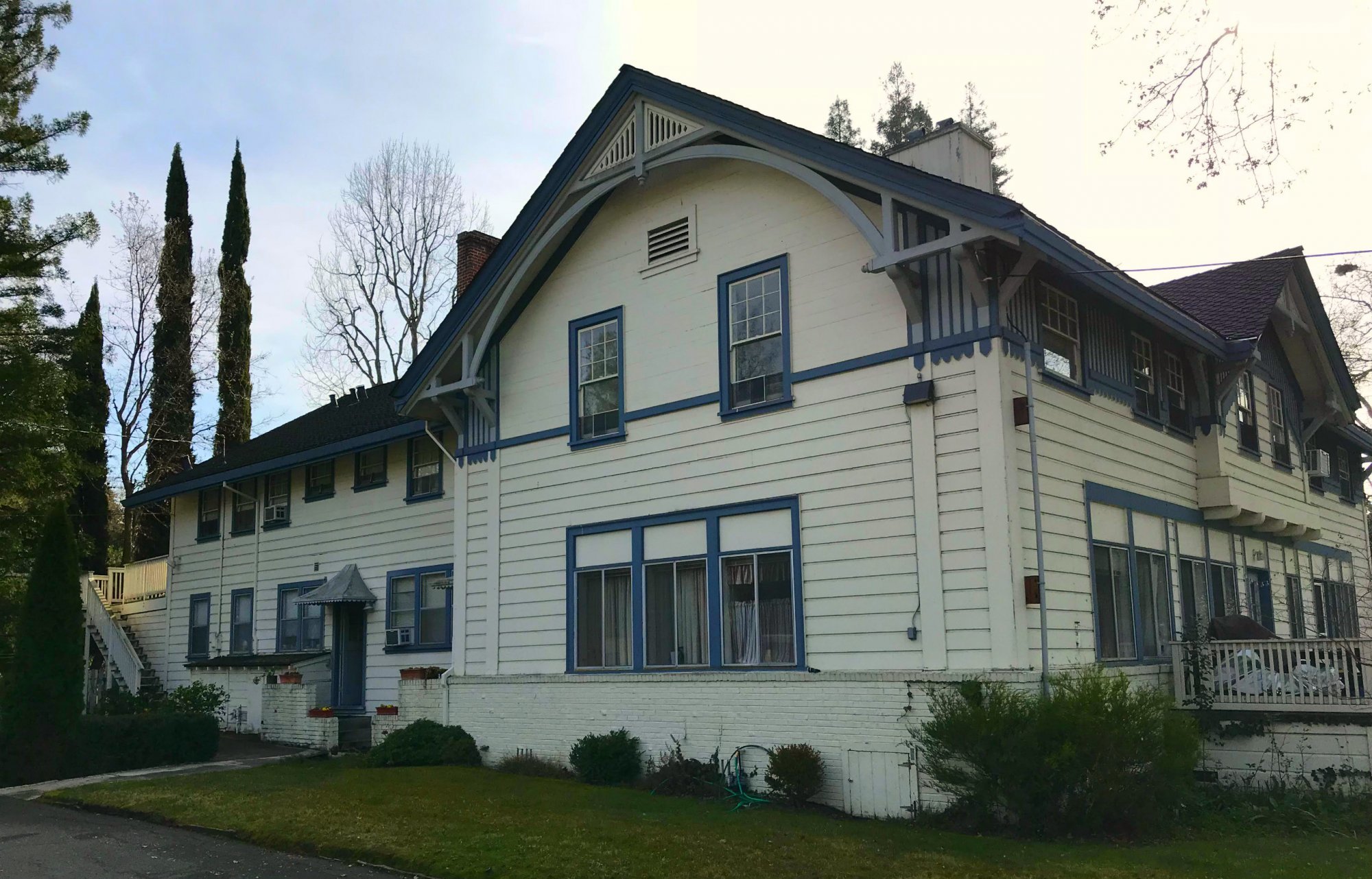 turn-of-the-century splendor. “I was always enamored of the building and its history,” says Taso. “But over the years you could tell it hadn’t gotten the attention it deserved. Various owners had swapped out windows and doors and made alterations to the facade that compromised its integrity.”

In the coming months, Taso plans to restore the 134-year-old building, starting with replacing its windows and doors with period-appropriate fixtures and gradually working his way inside, modernizing each of the nine units while taking care to preserve their historic charm.

“I’m thrilled to have the opportunity to bring the Red Horse Tavern back to its roots and breathe new life into an historic building at the heart of the Diablo community. As an East Bay native, it’s a project close to my heart.”