An Iconic Venice Beach Bungalow and a Hippo Named Simon 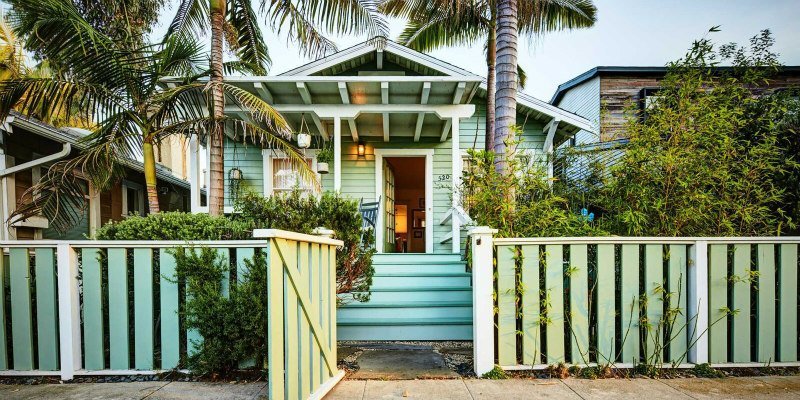 When it comes to the laidback Venice lifestyle, there’s nothing more quintessentially cool than a California Craftsman bungalow. Built in 1912, 520 Altair Place was part of the original Venice Canals during developer Abbot Kinney’s heyday—back when crooning gondoliers actually serenaded tourists down the waterway and the neighborhood bore the name “Venice of America.” Today, the home is owned by a cartoonist whose whimsical creations, such as Simon the Hippo, help educate children about climate change and wildlife conservation. A portion of proceeds from the sale of the historic home will benefit a cause dear to The Agency’s heart. 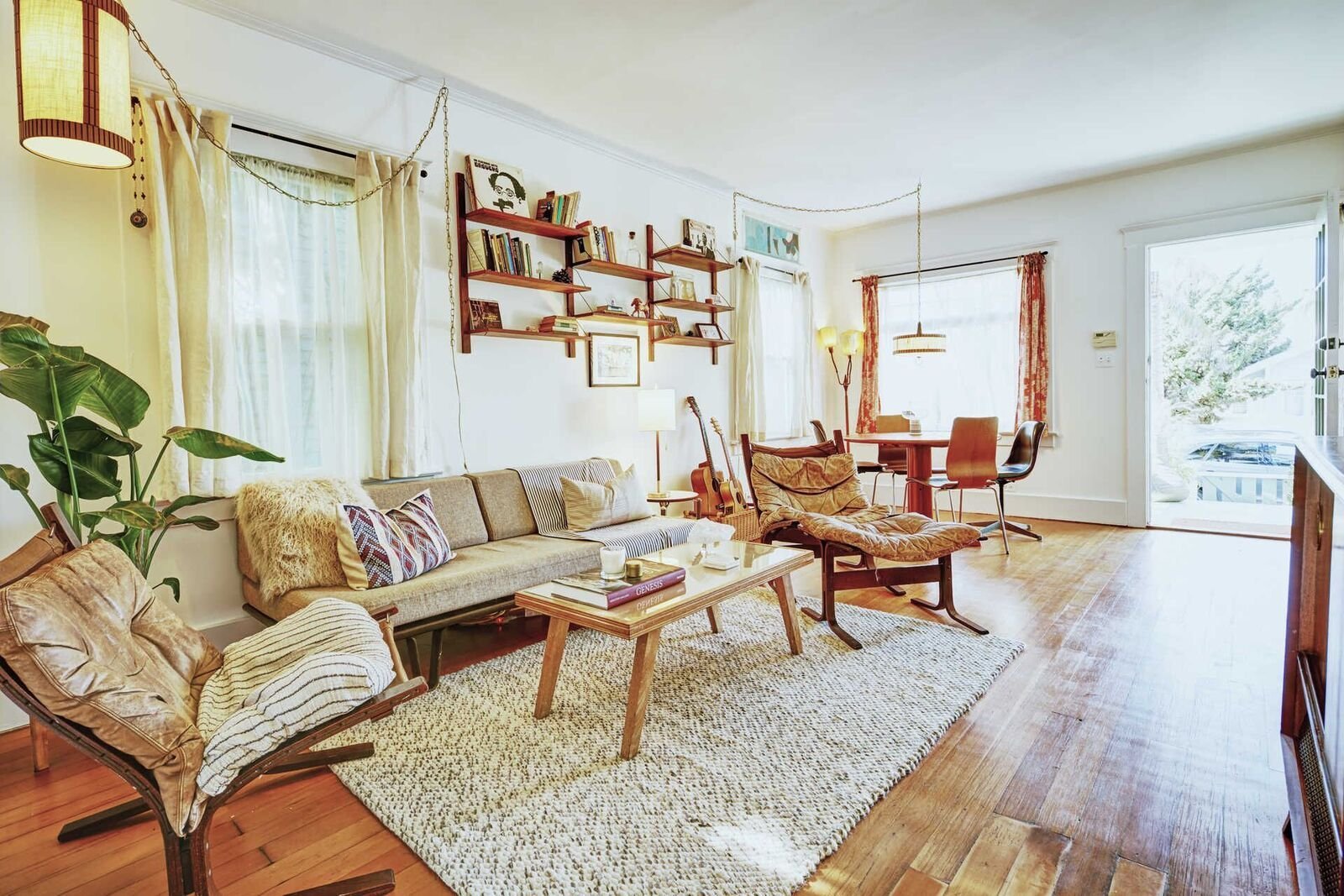 Represented by Michael Grady, Natasha Barrett and Jagger Kroener, the light-filled, storybook bungalow has been beautifully preserved and reimagined, combining history and charm within moments of the neighborhood’s prime shopping, dining and attractions. “Being that Altair Place used to be a part of the old Venice Canals, the street and bungalows that remain offer a great piece of Venice history,” Jagger says. “The bungalow combines elements of old Venice and new Venice with the proximity to Abbot Kinney, Venice Beach, and the Snapchat, Google, and Amazon offices.”

A traditional, covered porch framed by palm trees leads to a classic two-bedroom, two-bath floor plan and kitchen complete with 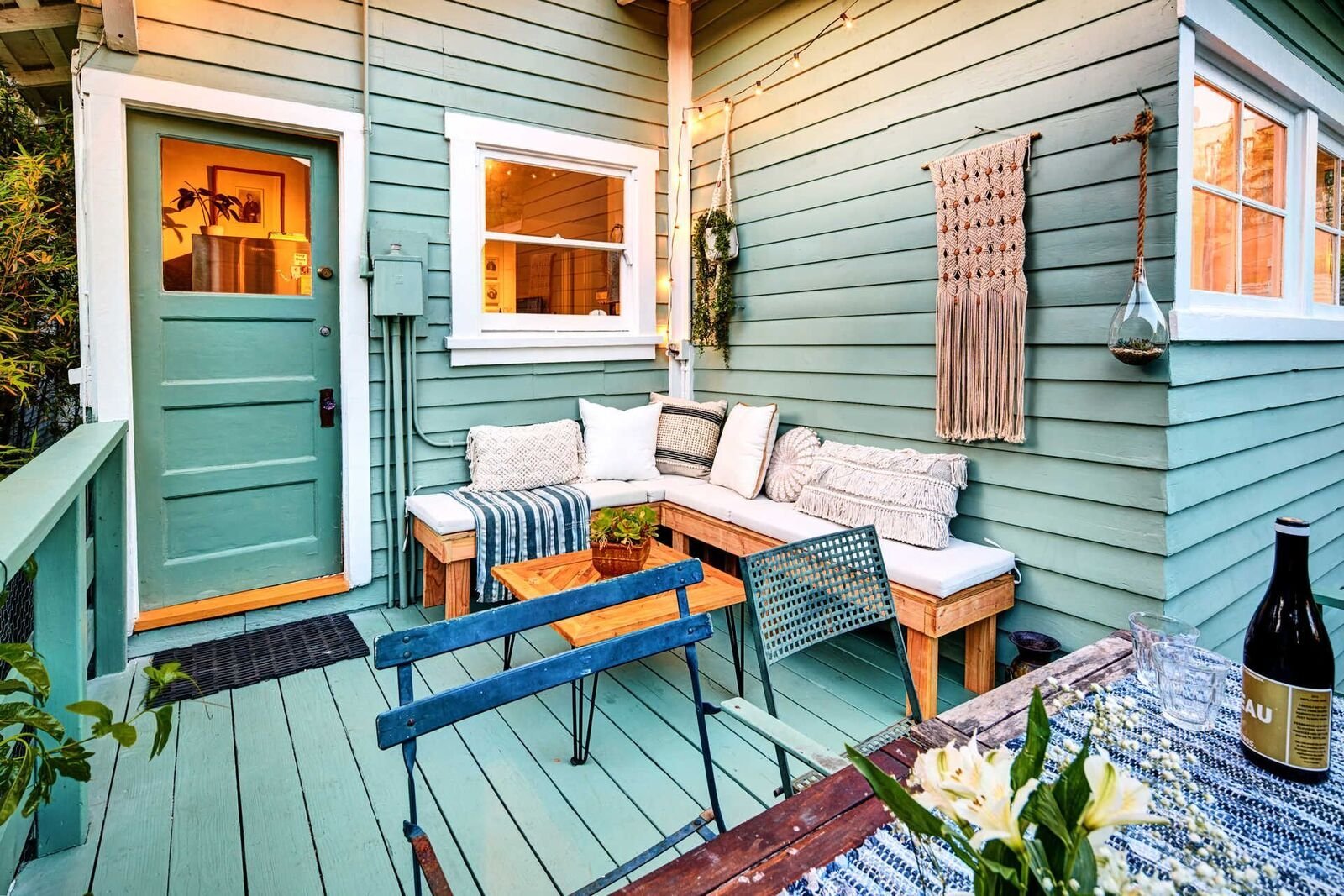 a vintage Wedgewood stove. Outside, a lushly landscaped yard with a patio lounge, herb garden, lemon tree and passionfruit vines, is perfectly suited for al fresco dining and entertaining. A detached guest house boasts a spacious one-bedroom retreat with a kitchen and bathroom, while a cedar-walled storage room is the perfect bonus space for stowing away surfboards and assorted beach gear. Featured on numerous primetime television shows, the bungalow embodies the spirit and history at the heart of Venice’s enduring appeal. “In an age when many historic beach bungalows are being wiped away for maximum square footage on lots, it’s comforting to see a home built to maximize every square foot in a usable way while preserving a vital part of Venice history,” says Michael. 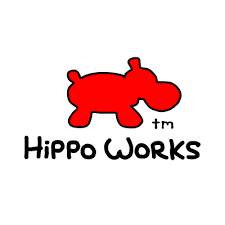 In an effort to give back to the community, Michael, Jagger and Natasha will be donating a portion of their commission from the home’s sale to Hippo Works, a Venice-based eco animation and cartoon studio founded by the home’s owner, Denis Thomopoulos. Presented by Unicef and The World’s Largest Lesson, Denis’s popular weekly cartoons, which feature his original character Simon the Hippo and other jungle friends, are designed to educate children about the dangers of climate change, encourage the support of animal-related causes, and inspire people to take action to create a more sustainable world. With every purchase made on its website, Hippo Works also saves 1,000 square feet of jungle.

“Now more than ever we need to do everything we can to educate our youth about climate change,” Natasha says. “The Agency is proud to support green initiatives such as this in an effort to build a happier, healthier world for future generations.” Adds Michael, “I joined The Agency on the principle of collaboration. I have always believed a cohesive team can achieve much greater things than any one person acting alone. Taking that principle of collaboration into giving back just completes this story. We are proud to collaborate with our seller in giving back to this great cause.”

For more information about Hippo Works, visit its website.