Pedals to Pumps— Our Agents Give Back 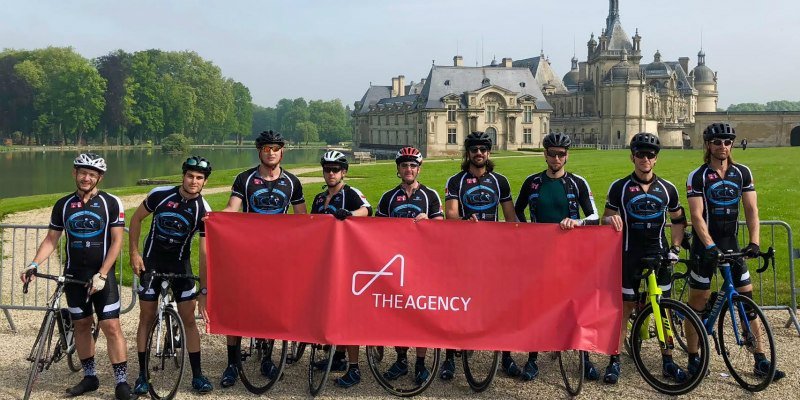 Giving back is part of the cultural fabric of The Agency, and our agents and staff are committed to doing their part to make a difference. From a charity bike ride from London to Paris in support of prostate cancer research to a give-back shopping event at Christian Louboutin benefiting teenage moms in the foster care system, here’s a look at four agents and the work they do to make the world a better place. 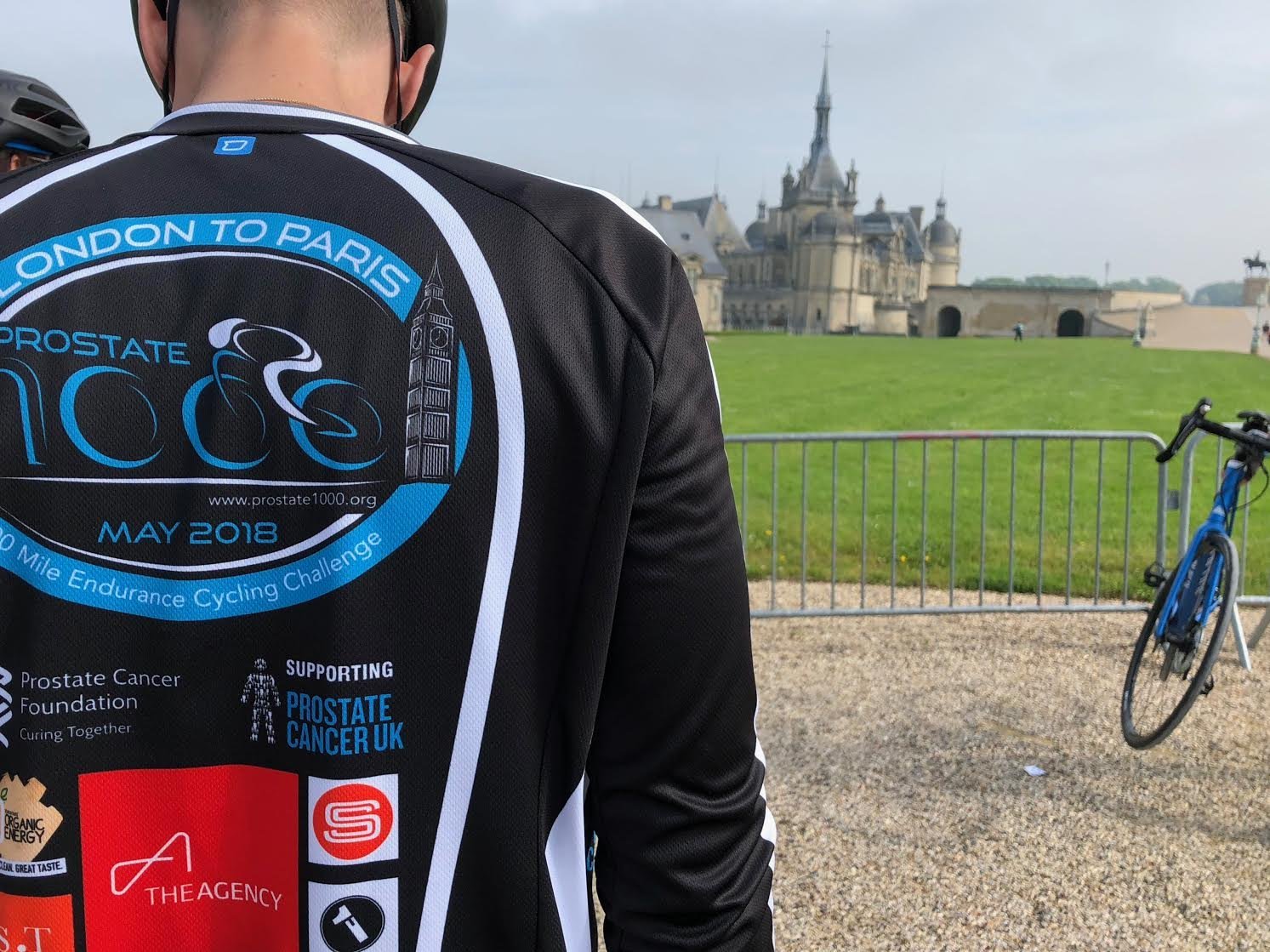 After losing his father to small cell prostate cancer, a particularly aggressive cancer with very little funding for research, Gideon Lang-Laddie set out to make a difference, structuring PROSTATE1000 as a feeder fund to the Prostate Cancer Foundation. In honor of his father, who had planned to take up cycling in his retirement, the organization held its first fundraising event in 2009 in the form of a 100-mile bike ride from Manhattan to Montauk, raising over $65,000 for the cause. In May, Gideon and his team, comprised of riders from Los Angeles, New York, Zurich and London, set out on their second ride, a three-day event from London to Paris. The team has raised over $70,000 from the ride to date, with the ultimate goal to raise $75,000 to fund one full-time prostate cancer researcher.

“The ride was an amazing success,” says Gideon. “Awesome fun, hard work, but so rewarding. Whilst our priority was fundraising and furthering awareness of prostate cancer, it was particularly satisfying to unfurl our Agency banner and sport our Agency logos at some of the finest real estate in the world, including Buckingham Palace, Hampton Court Palace, Wimbledon, the Chateau de Chantilly, and The Palace of Versailles, before completing the ride below the Eiffel Tower.”

Not only is Gideon’s team anticipated to exceed their event target goal, but they broke ground by being the first independent fundraiser comprised of a multinational team that held an event that crossed borders, raising money for both the US-based Prostate Cancer Foundation and Prostate Cancer UK. The ride was so successful that next year’s team is already fully subscribed. For more information about the organization, visit its website.

Founded in 2014, Alliance of Moms (AOM)  is a membership-based program that supports pregnant and parenting teens in the L.A. County foster care system. The organization offers educational programs to young moms with a focus on practical 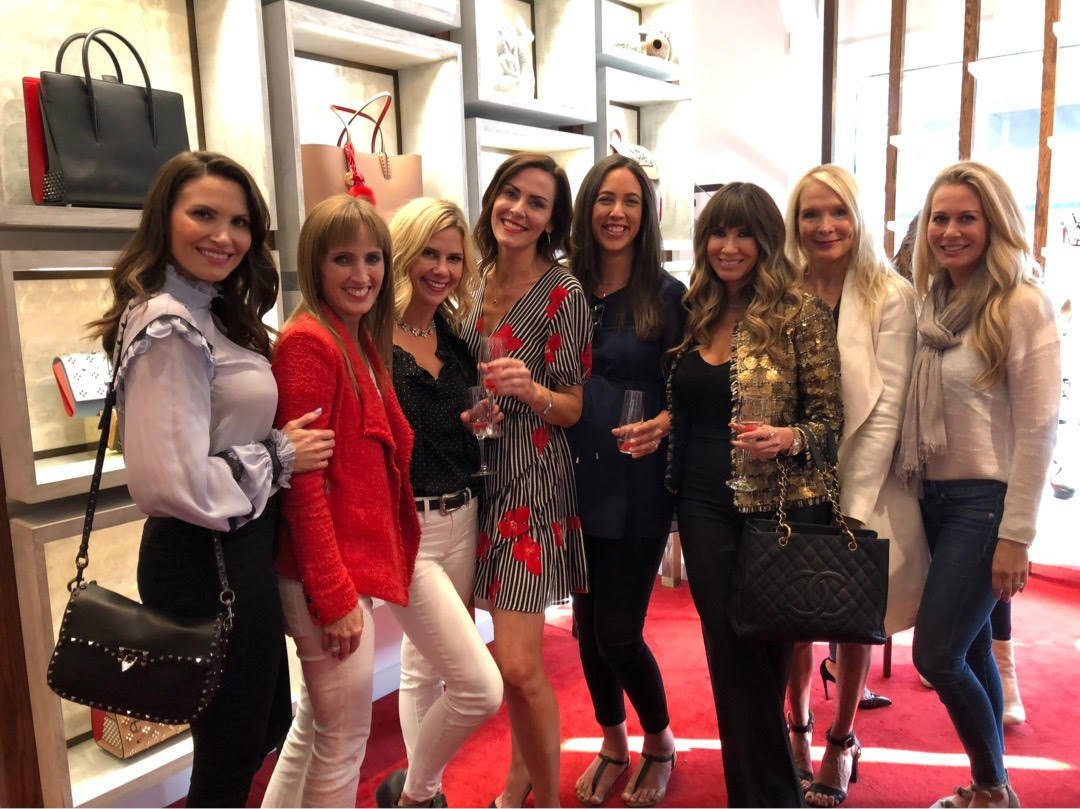 tools that empower them to become informed and successful parents. As a supporter of AOM, Natasha Barrett recently hosted a give-back shopping event at Christian Louboutin in Brentwood, with 10 percent of the proceeds from each purchase going directly toward vital funding for the organization and its programs. Sponsored by The Agency, the event was a huge success, drawing dozens of agents, family and friends to the boutique for a lively evening of shopping and philanthropy. “Motherhood is one of the most challenging, humbling and rewarding jobs I have ever had,” says Natasha. “I proudly support Alliance of Moms and could not be more grateful to the women (and men!) who showed up to shop and support. My 14-year-old daughter, Margot, also attended the event. As a mother, it is important for me to teach both of my kids that happiness is not a result of what we get, but what we give.” For more information about Alliance of Moms, visit its website. 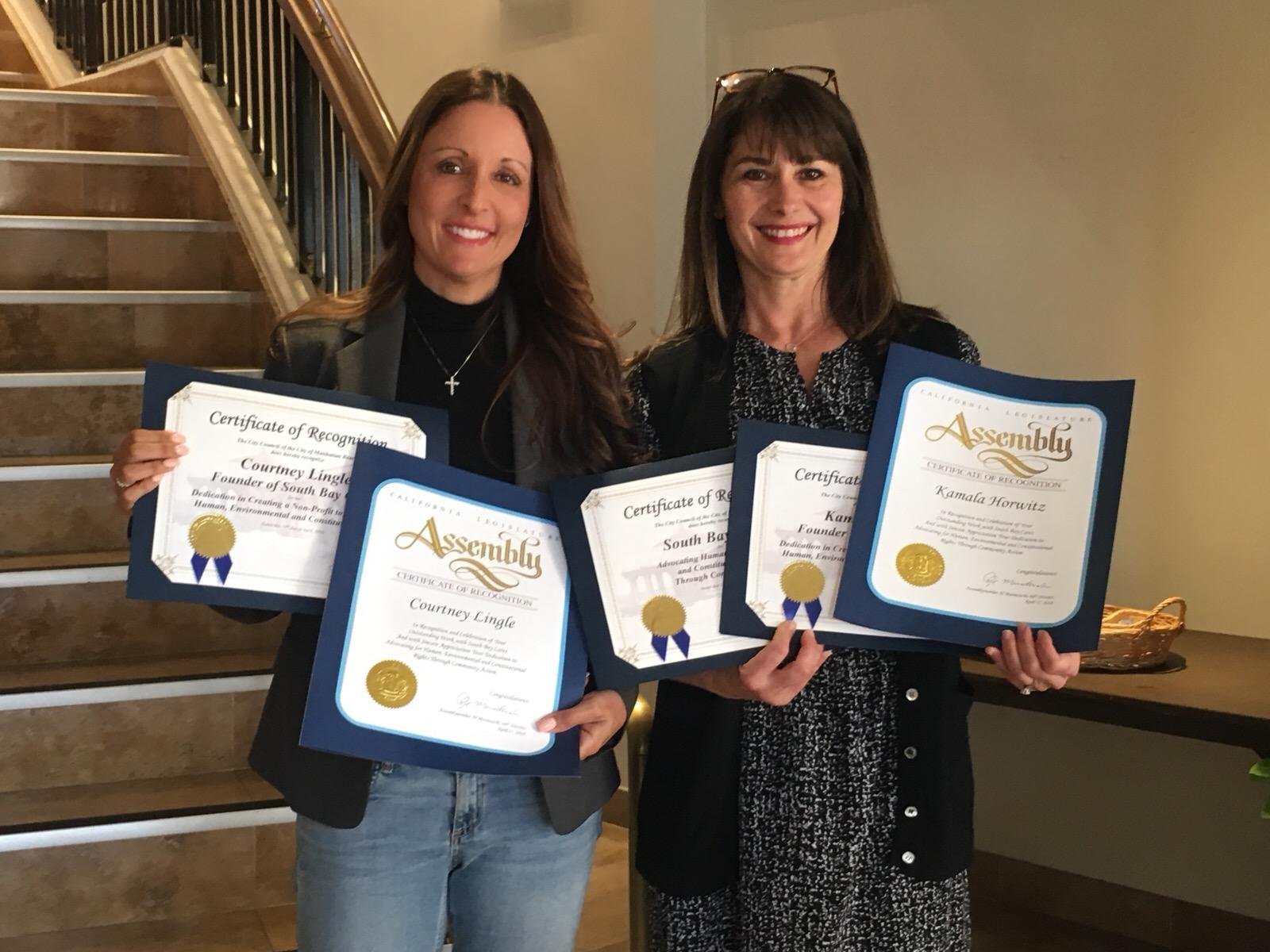 Seeing the divide in viewpoints and mounting tension after the most recent presidential election, Courtney Lingle, a local South Bay resident and neighborhood expert, set out to help bridge the gap by initiating tough conversations that bring the community together to empower and fight for those who don’t have a voice. In an effort to make a difference, she co-founded South Bay Cares, a socially minded nonprofit dedicated to advocating for human, environmental and constitutional rights through community action. In just two months after its founding, the organization’s Facebook group grew from 15 to 320 members and now, a year-and-a-half later, the organization has 1,600 members and meets in person once a month. “South Bay Cares fosters conversations that allow the community to open up about important issues of the day,” says Courtney. “Our main goal is to advocate for environmental, human and constitutional rights, as well as issues within our local schools and community. From raising our youth to gun control and health care reform, the organization has become an important platform for conversation and action in the local and greater Los Angeles community.” Courtney was recently presented with a certificate of recognition from the Mayor of Manhattan Beach for her service with South Bay Cares. For more information about the organization, visit its website.

Cody Carras became involved with American Cancer Society a little over a year ago when his grandfather was battling cancer. Now serving on the organization’s Los Angeles board of 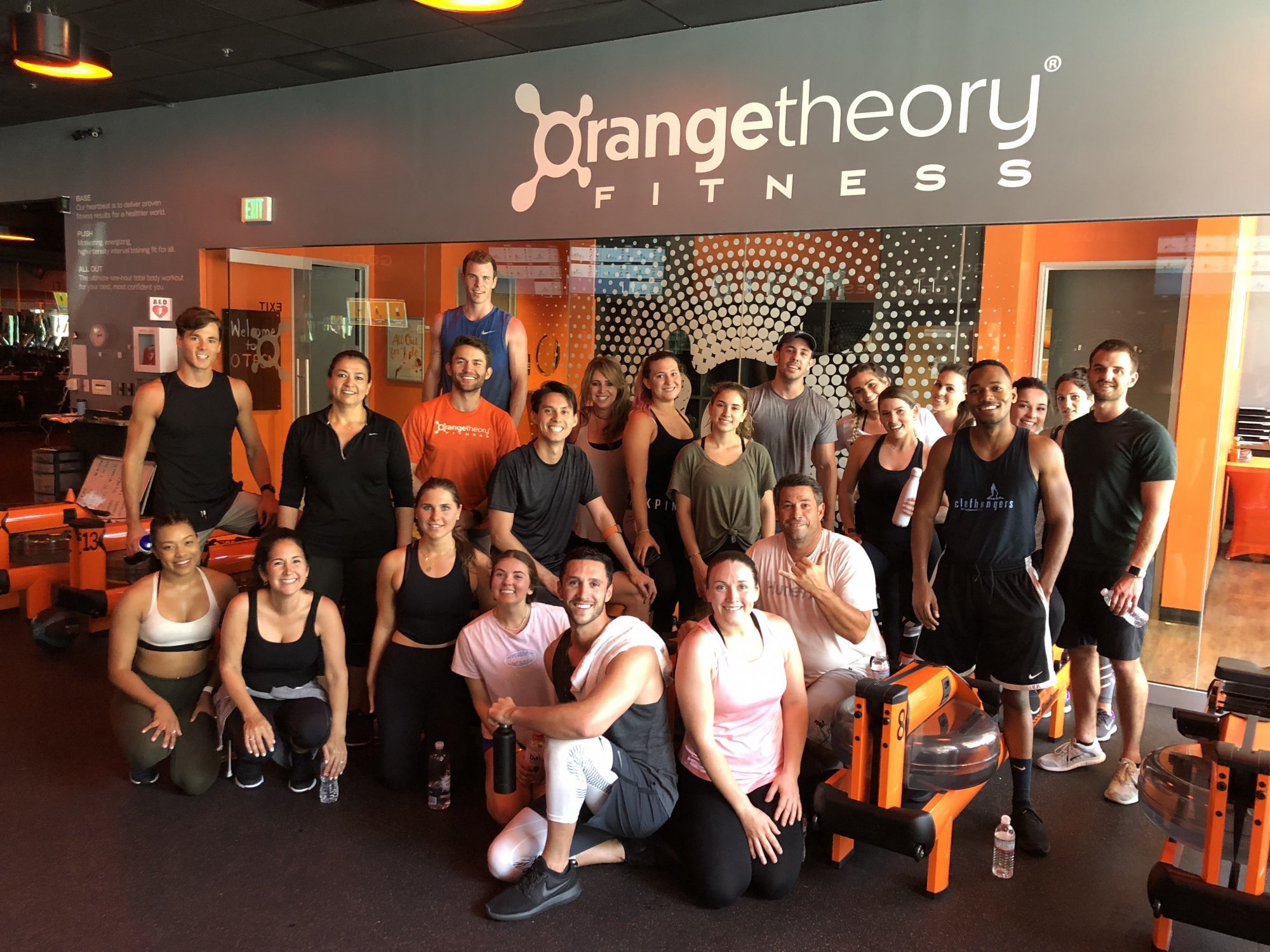