Situated in the flourishing Downtown Los Angeles sports and entertainment districts, Metropolis Los Angeles was the ultimate setting for an event that honors some of L.A.’s most innovative minds and personalities. Making for an inspirational and unforgettable evening, C-Suite Quarterly (CSQ) presented its 2018 Visionaries Awards in Sports & Entertainment on the sprawling Met Nine amenities deck at the newly completed Tower II at Metropolis. The event coincided with the release of the magazine’s highly anticipated 2018 Sports & Entertainment Issue, which spotlights “those who play crucial roles in elevating their industries in Los Angeles and New York, two global epicenters for entertainment, sports and cuisine,” according to CSQ.

Guests of the annual event were welcomed to Tower II and escorted to the Met Nine Residence Clubhouse and amenities deck. They sipped cocktails and toasted the award winners as the sun set over Downtown Los Angeles with Tower II’s 83,000 square feet of indoor and outdoor amenities serving as the perfect setting for the affair. Guests were also given an exclusive tour of the furnished, model residences featuring towering window walls and sweeping city views.

“It was an absolute thrill for Metropolis to host an event that honors visionaries in sports and entertainment right here in the heart of Downtown Los Angeles,” says Mark Sanchez, Senior Sales Associate at The Agency Development Group, which represents sales at Metropolis Tower II. “Metropolis represents the future of the city’s vibrant center for sports and entertainment, placing residents within the heart of Downtown’s magnetic energy, excitement and innovation.”

The top award, Visionary of the Year, was presented to Brian Grazer, Co-Founder and Chairman of Imagine Entertainment. Other Visionaries awarded included Bonin Bough, Chief Growth Officer at Bonin Ventures; Daniel Humm and Will Guidara, Founders of Make It Nice; Jeff Levick, CEO at The Players’ Tribune; David Renzer, Chairman and CEO of Spirit Music Group; and Gillian Zucker, President of Business Operations at the Los Angeles Clippers. To see the full list of award winners, click here. View more images from the event below.

For more information about residential offerings in Tower II at Metropolis, contact the Sales Gallery at 213.493.5555 or visit MetropolisLosAngeles.com. 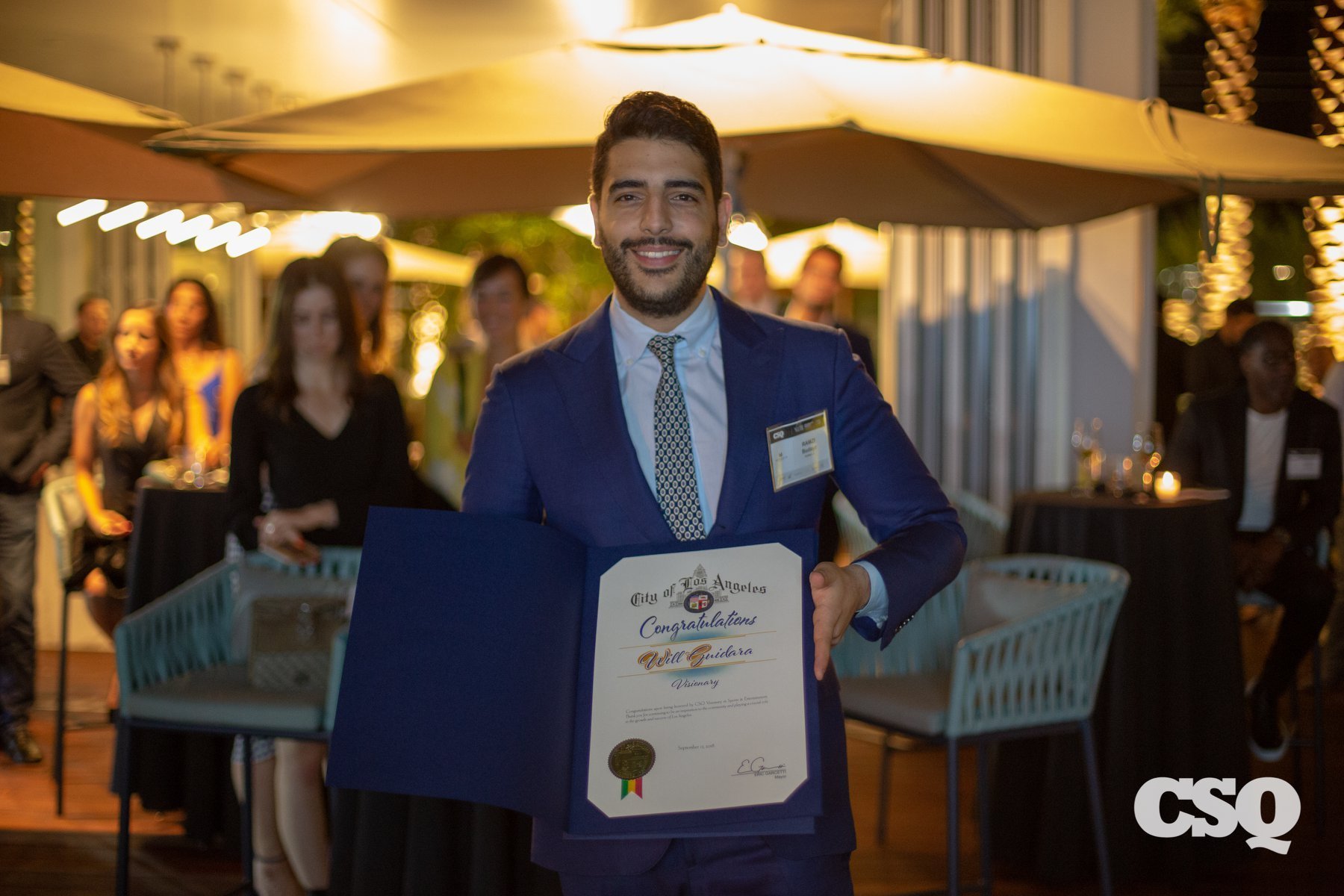