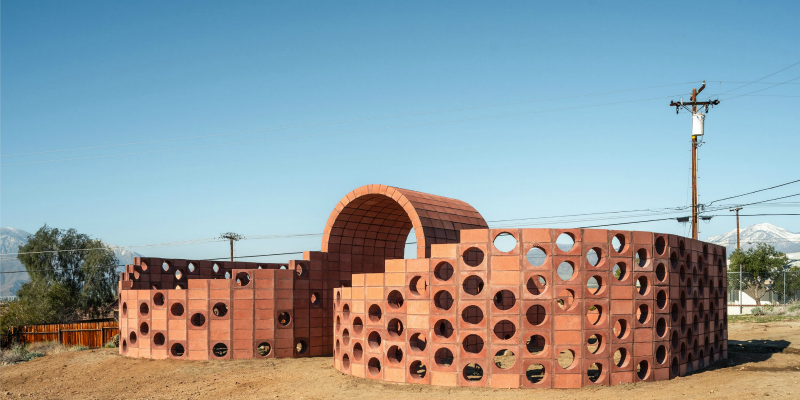 The second installment of Desert X, the site-specific biennial art exhibition that kicked off in the spring of 2017, has returned to Southern California’s Coachella Valley. On view through April 22, this year’s edition includes installations by 19 of the world’s most innovative contemporary artists, dotting the landscape from Palm Springs to the Salton Sea. Using the desert backdrop as their canvas, the sculptures and installations place an international lens on the Valley while encouraging viewers to participate in broader dialogues surrounding social and political issues of the day. 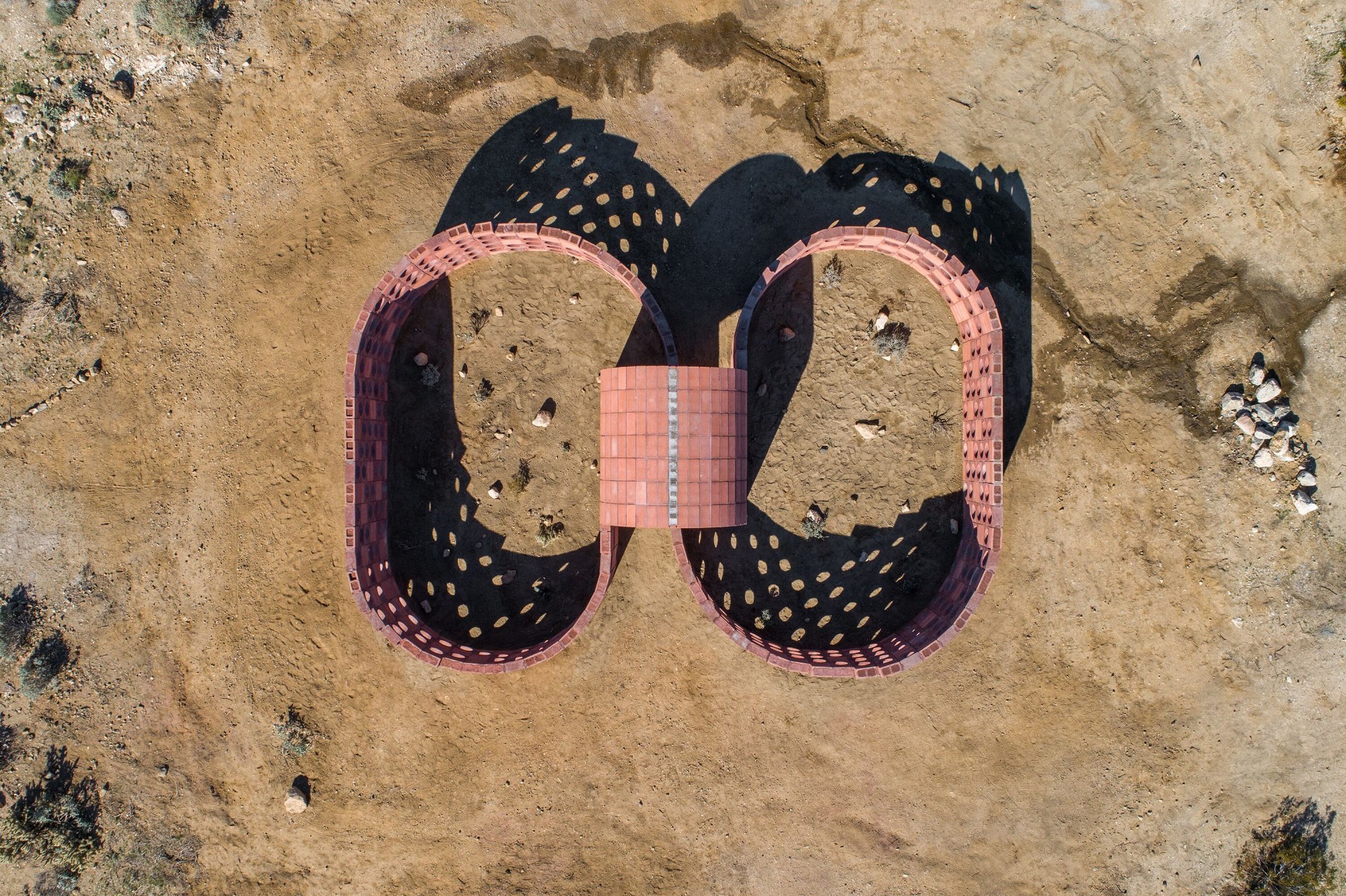 Among the works featured this year are Los Angeles-based artist Julian Hoeber’s Going Nowhere Pavilion #01 and Executed Variant DHS #1 (Q1, CJ, DC), a two-part installation situated beside the famed Sagewater Spa in Desert Hot Springs. Described by Desert X as attempts “to parse out how forms can represent the logical, irrational, historical and corporeal experiences of human consciousness,” the works include a Möbius strip built with a series of concrete breeze blocks in brown desert hues and a painting sited in a pool connected to the property. 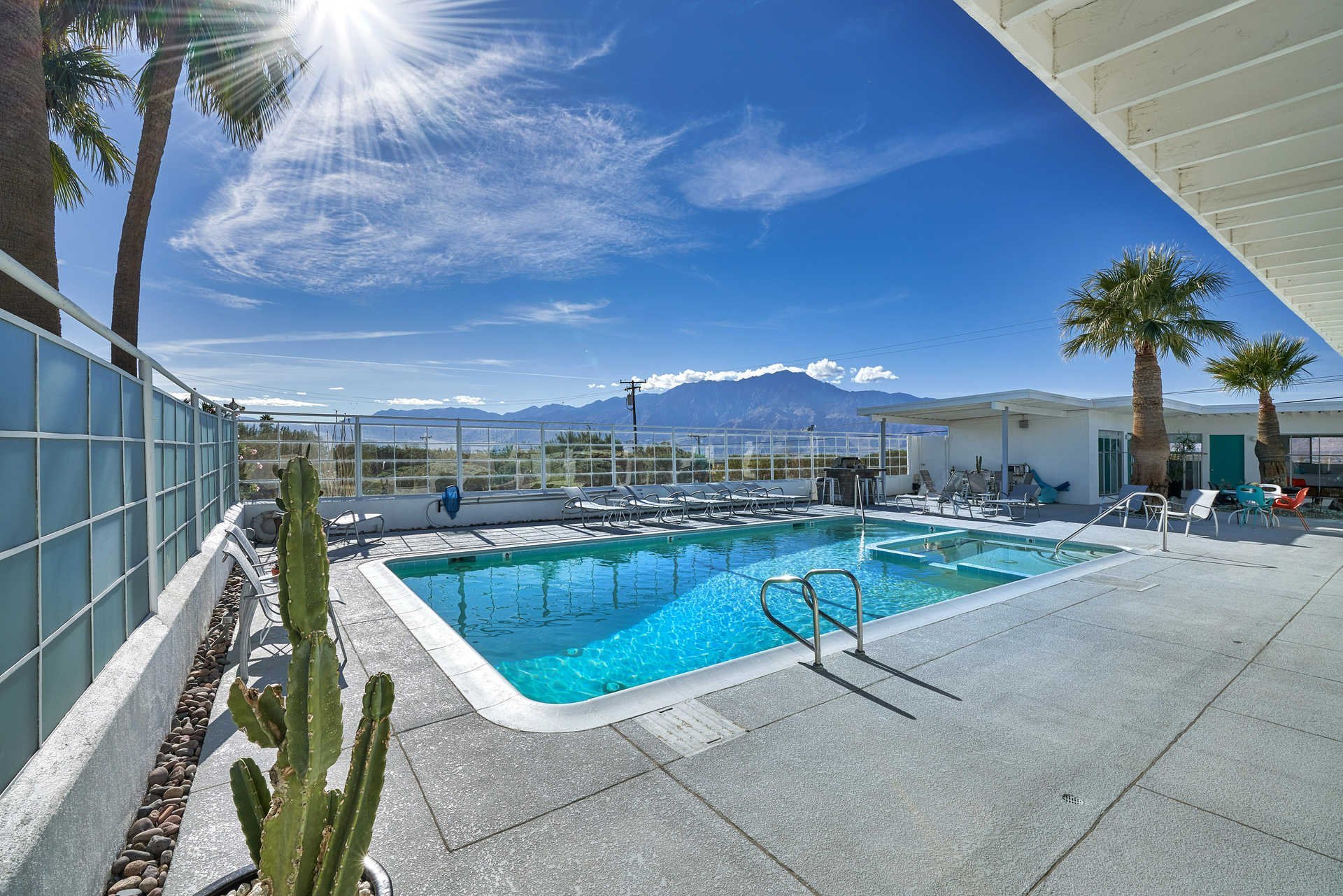 with the award-winning, midcentury modern Sagewater Spa. Represented by The Agency’s Marc Sanders and Eric Lavey, the thoughtfully renovated hotel and spa was originally built in 1954, when Desert Hot Springs was a playground for the rich and famous known for its curative waters. Centered around a sprawling geothermal pool, the rooms boast expansive windows showcasing picturesque desert views, including three with far-reaching views of the San Jacinto Mountains.

“As lovers of both contemporary art and the California desert, Sagewater Spa’s current owners, Eric and myself are proud to be involved with Desert X in opening the property to artist Julian Hoeber,” says Marc. “Sagewater Spa is something of an institution in Desert Hot Springs, and it’s incredible to watch the evolution of art and culture in the area—from the Coachella music festival to Desert X. We can’t wait to find the perfect buyer to usher in the next phase of this iconic Southern California offering.”