Guide to the Best Trails and Hikes in Turks & Caicos 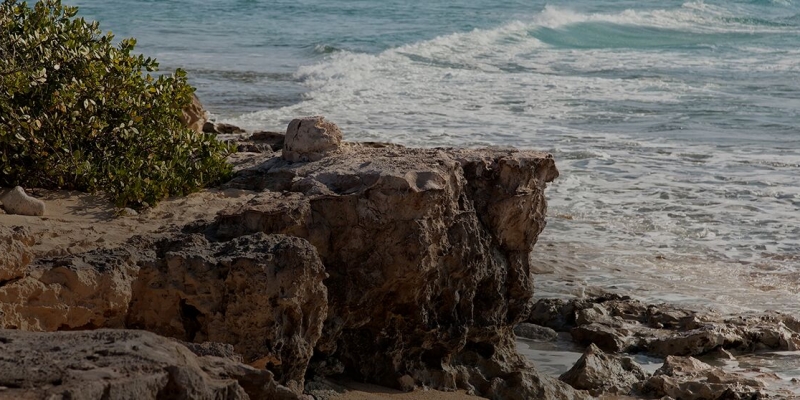 When one thinks of Turks & Caicos, it’s typically the sparkling ocean waters, white sandy beaches and colorful sunsets that first come to mind. But beyond the world-famous beaches are scenic trails, wetlands and bluffs just waiting to be explored. Below are some of The Agency’s favorites. 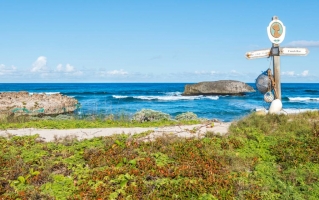 CROSSING PLACE TRAIL - Crossing Place Trail is a historical path that served as the main roadway linking Middle Caicos and North Caicos for centuries. Established in the late 1700s, the trail wove through plantations and settlements, ending at Crossing Place Point, where at low tide, travelers could wade across to North Caicos. When power boats were introduced, the trail fell into disuse and was overgrown with vegetation. It has since been restored by local volunteers and the TCI National Trust, who also added guide signs. The trail starts at Conch Bar Village and leads past spectacular limestone cliffs, caves, blowholes and beaches. If heading out to explore, you’ll likely have the trail to yourself. Bring plenty of water, wear shoes and watch for loose rocks and holes hidden among the vegetation. 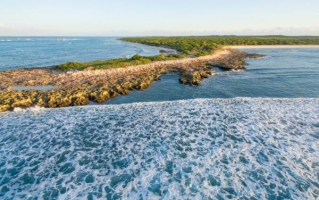 NORTHWEST POINT MARINE NATIONAL PARK - Situated on the north-eastern point of Providenciales, this stunning limestone coastline features small coves, wetlands, inland saline ponds and incredible birdwatching. It’s a sight to behold during high ocean swells and great for snorkeling (on the western side of the point only) when the waters are calm. To get to the Northwest Point Nature Reserve’s two salt water ponds, one surrounded by mangroves, it’s a half-mile walk along the coast from the main peninsula. The area has more than five miles of coastline and inland trails to explore. 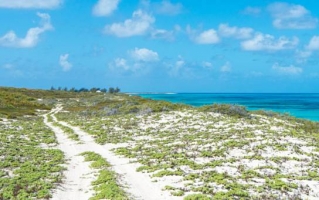 NORTHEAST POINT - Located at the far northern end of Salt Cay, Northeast Point offers spectacular views of the island, with Cotton Cay and Grand Turk in the distance. Whales can also be seen during their winter migration to the region between January and March. On the  half-mile walk along the coast to the south, there are beautiful, centuries-old stonework, marking the island’s salt industry history. The scenic environment is great for exploring, visiting the small beaches within and snorkeling the surrounding waters. 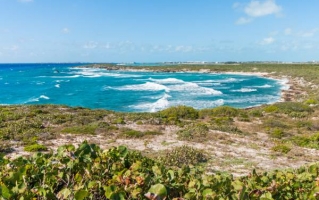 SHARK BAY TO HIGHLANDS BAY - Don’t let the name fool you, Shark Bay (also known as Gannaway Bay) does not experience many shark sightings and likely was named for a single sighting years ago. Still, the rugged coast on the southeast end of South Caicos is best explored on land, featuring fantastic hiking and beachcombing. The high bluff to the east captures views of gliding ospreys and vibrant coral below, making it well worth with the scenic journey along the unpaved road past East Bay Resort. Snorkeling in the area is only recommended during rare times of calm surf.