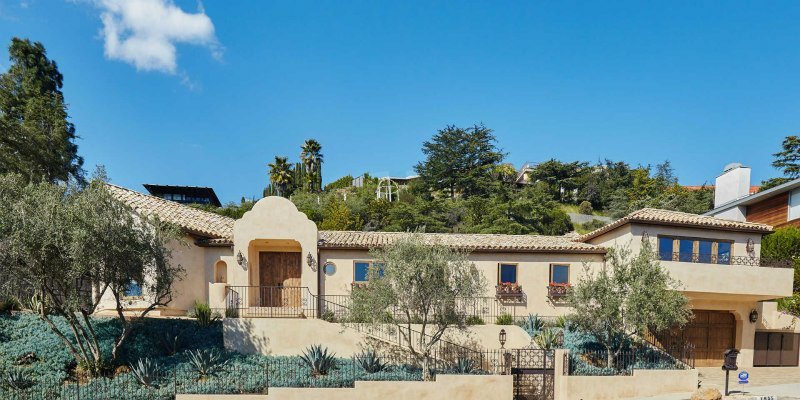 When Jorge Dalinger, the mastermind behind internationally renowned design firm Dalinger Designs, relocated to Los Angeles from his native Sevilla in his early teens, he brought Spanish roots that run deep. Once settled in L.A., he began absorbing everything the city had to offer, experimenting with creative ways to fuse his Spanish culture with that of his adopted home in the U.S. After purchasing and renovating a cabin in L.A.’s storied Laurel Canyon, Dalinger found a built-in clientele in envious friends who loved his distinctive Spanish aesthetic—and offered him the budget to work his magic on their own properties. 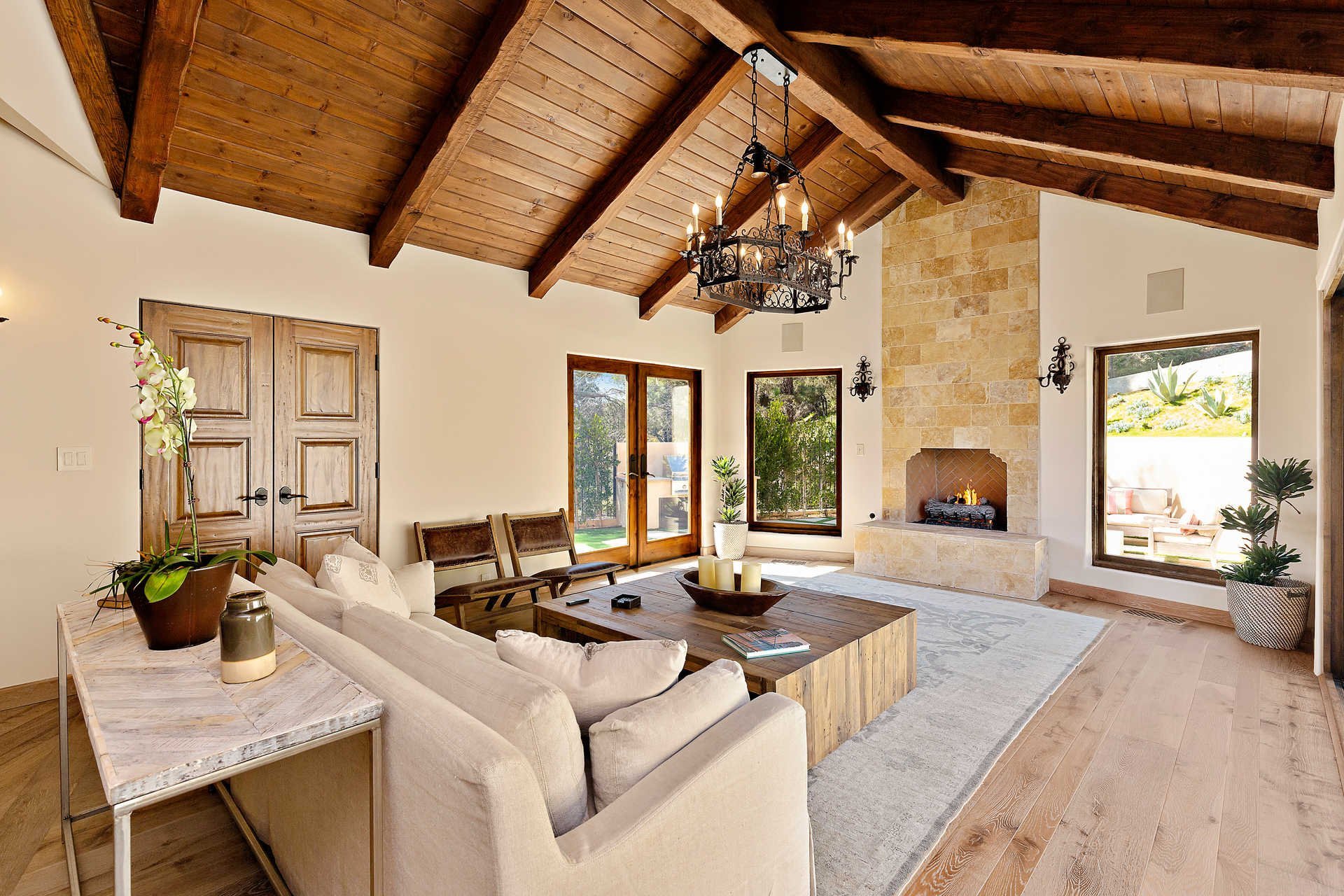 Working alongside a team of skilled artisans, Dalinger’s signature aesthetics, including hand-hewn, wood-beamed ceilings and forged wrought iron details are evocative of the beloved buildings of his native Spain. Heavily influenced by the Moorish architecture of his home country, including the Alhambra Palace in Granada, Dalinger’s homes combine unbridled craftsmanship with an air of timeless romance. Among the designer’s trademark touches are centuries-old tiled roofs salvaged from historic, abandoned buildings in Spain, which he uses to crown the homes he designs for celebrities and business titans across Southern California.

Among the famed designer’s magnificent creations is 7935 Oceanus Drive, a rustic Spanish estate in the hills of L.A.’s coveted Mount Olympus neighborhood. Equal parts old world Spain and modern California, the hillside home is set on almost half an acre of land and crowned by a roof of 400-year-old imported Spanish tile. Seamless, open living spaces are highlighted by soaring, vaulted, hand-hewn, wood-beamed ceilings, 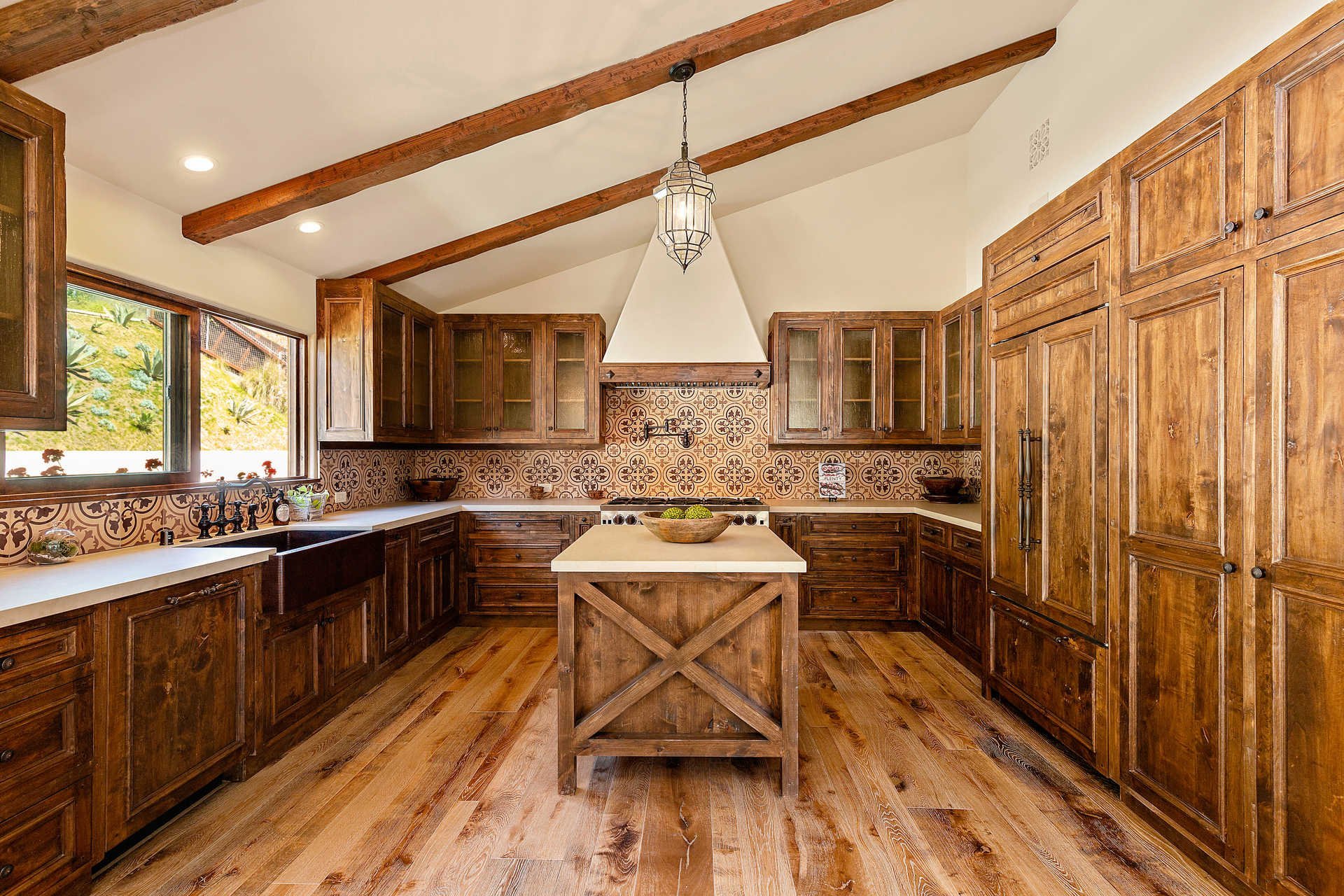 “When I first walked into this home, I immediately felt transported,” says Farrah Brittany, who represents the property with Mauricio Umansky and Eduardo Umansky. “It's as if you’ve stepped into another time and place. Dalinger has a talent for taking the most romantic design elements from throughout history and fusing them with contemporary touches that feel perfectly of-the-moment.” 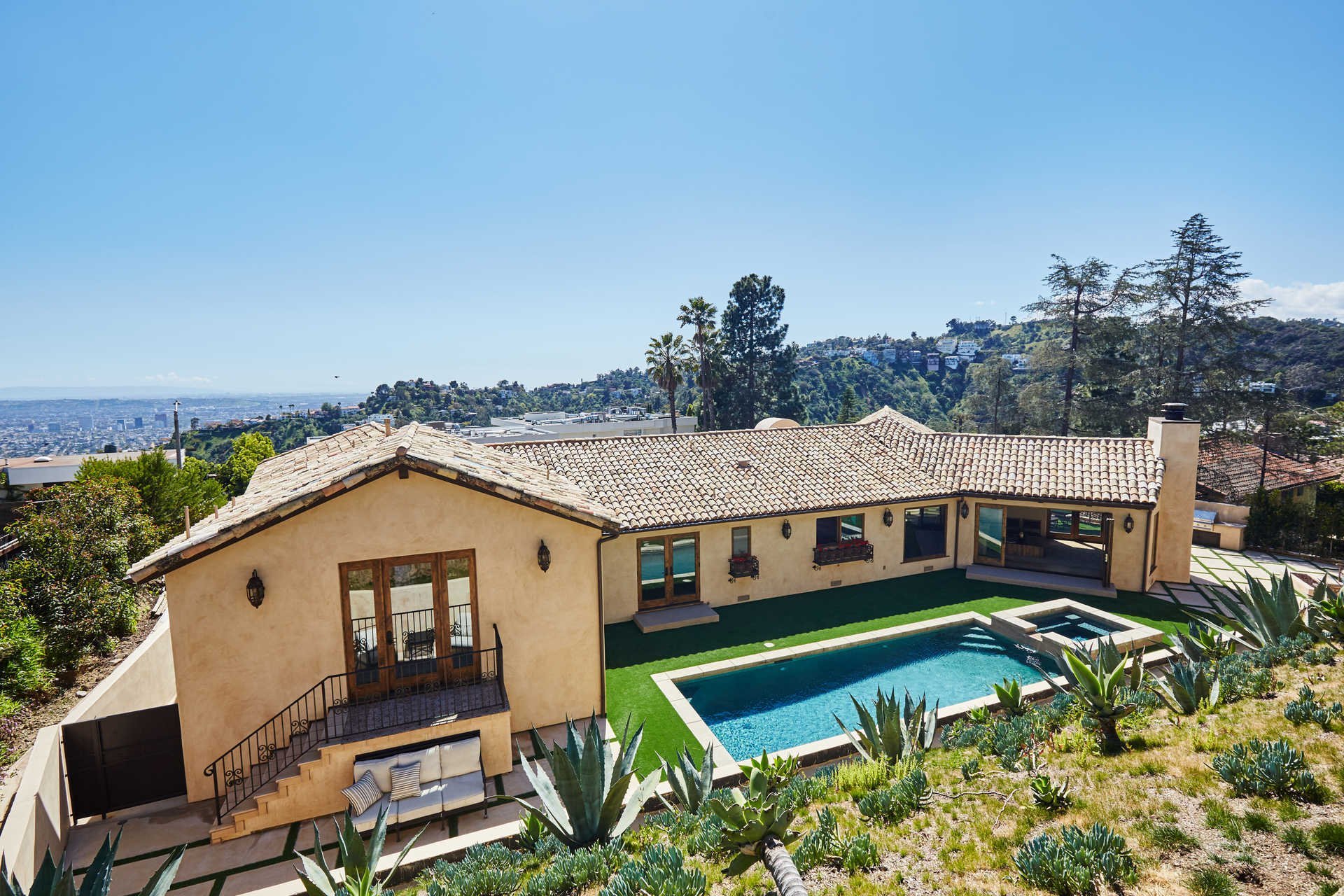 A spectacular chef’s kitchen and dining area flow to a light-filled family room with canyon views and a separate living area with a stone fireplace and folding glass doors that lead to an expansive backyard for effortless entertaining. The gem of a master suite boasts incredible city views, soaring beamed ceilings, a private balcony and spa-like bathroom with radiant-heated stone floors and a copper soaking tub.

Folding pocket doors off the main level’s living spaces open to the home’s grassy backyard, which features a large swimming pool, spa, al fresco dining area, built-in grill and fire pit, all nestled against landscaped hillsides. Complete with the latest smart home technology and a two-car auto gallery, the serene and sophisticated estate feels worlds away from the hustle of the city yet is just moments from the best restaurants, shopping and entertainment in Los Angeles.