Guide to the 10 Best Live Music Venues In L.A. 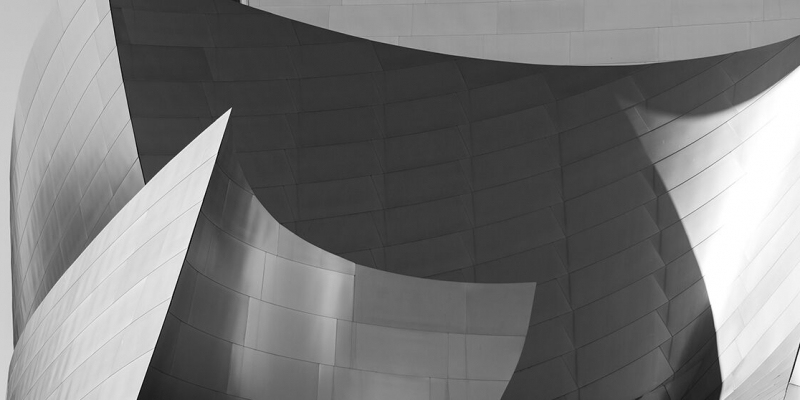 From the vibrant, awe-inspiring Art Deco-era ceiling at the Wiltern to the incredible natural acoustics (and beauty) of the Greek Theatre and the dance-friendly floor of the Hollywood Palladium, these ten live music venues deserve a standing ovation. 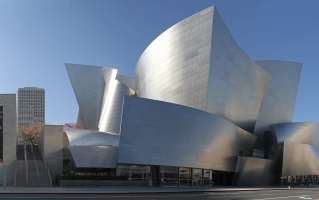 WALT DISNEY CONCERT HALL
Almost immediately after the hall’s debut in 2003, its sail-inspired stainless steel curves were deemed iconic. Now the Frank Gehry-designed venue’s silhouette is part of L.A.’s growing list of visual landmarks. Located on Grand Avenue in the heart of Downtown and home to the L.A. Phil (and its charismatic conductor Gustavo Dudamel), the expansive 3.6-acre music hall seats 2,265 guests and is one of the world’s most acclaimed performance spaces for classical and contemporary music. 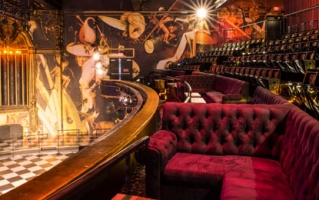 THE FONDA THEATRE
Built in the 1920s, The Fonda is one of Hollywood’s first legitimate theaters, hosting revues of Chicago and the Pulitzer Prize winning play Glengarry Glen Ross, among others. The all-ages venue can hold up to 1,350 people and presently hosts all genres of music and live performances, from The Rolling Stones, to Stevie Wonder. The Fonda also accommodates non-music events such as award ceremonies, film screenings, video shoots, private parties and dinners. 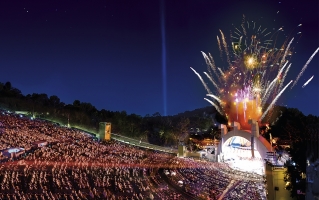 THE HOLLYWOOD BOWL
A show at this Hollywood Hills amphitheater is an essential L.A. experience. Minutes (but, in truth, worlds away) from Hollywood Boulevard, sits this 17,500-seat venue, a frequent stop for top musicians touring the Southland. Come early to picnic, grab pre-show drinks at Ann’s Wine Bar, or splurge on box seats, which can be catered with meals and cocktails. The Bowl is known for hosting a diverse range of talents—this year the stage will welcome The Who, Damian Marley and Andrea Boccelli, among many others. 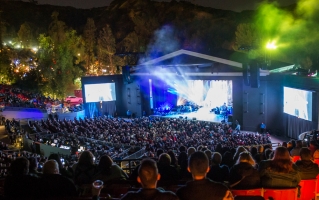 GREEK THEATRE
A site chosen for its natural acoustics, the Greek (as it's affectionately known) first debuted in 1930. Owned by the City of L.A. and located in Griffith Park—at the base of the winding road that eventually leads to the Griffith Observatory—the 5,870-seat venue has had countless world-class headliners, including Jackson Browne and Pat Benatar. Come early to picnic under the pines before a show, or order food from the Greek’s restaurants to be delivered to your seats. 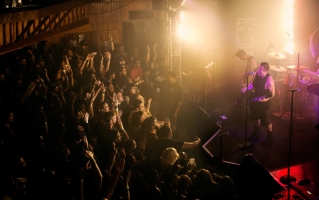 TROUBADOUR
This West Hollywood institution is revered for its decades-long history of hosting subversive and groundbreaking performers—from Lenny Bruce to James Taylor, Joni Mitchell and Radiohead. With room for just 400 spectators, the two-level venue nearly guarantees an intimate, unforgettable show. 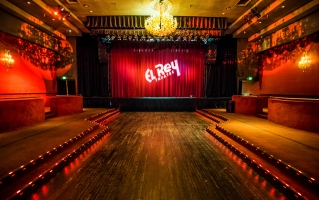 REY THEATRE
An Art Deco theater in L.A.’s Miracle Mile neighborhood, this building was designed in 1936 by Clifford A. Balch and originally served as a single-screen theater. Much of the space still retains its architectural roots—inside, its Streamline Moderne details (rounded corners, long horizontal lines) are still front and center, and its lobby, façade, terrazzo and exterior neon signs are all original. 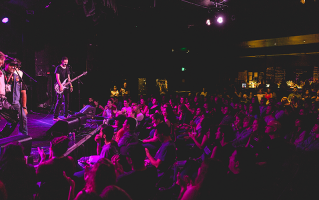 THE ROXY THEATRE
A rather infamous nightclub on the Sunset Strip in West Hollywood, The Roxy has lent its stage to comedians, actors and musicians alike. In the decades since its opening in 1973, dozens of artists have recorded chart-topping albums “live at The Roxy” before intimate, 500-person audiences, including Bruce Springsteen and Patti Smith. 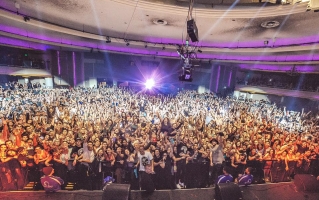 THE HOLLYWOOD PALLADIUM
A venue built in 1940 and designed for dancing by Los Angeles architect Gordon B. Kaufmann, the Hollywood Palladium’s style incorporates several Streamline Moderne and Art Deco elements, including elegantly rounded interior columns, curving walls, staircases and ceiling soffits. Located on Sunset Boulevard in Hollywood, the Palladium’s stage sits above a spacious 11,200-square-foot dance floor, which, along with a second-level mezzanine, provides room for up to 4,000 people. The longtime set for the Lawrence Welk Show, the Palladium is one of L.A.’s most dance-friendly venues. 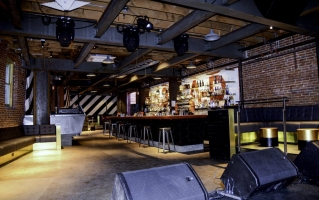 RESIDENT
L.A.’s in-the-know music lovers never miss a show at the Resident. Situated in Downtown L.A.’s Arts District within a former metal shop and warehouse, this industrial-chic spot offers up its 210-capacity outdoor space to established and up-and-coming local talents—from singer-songwriters to DJs. Grab a craft cocktail or draft beer from the refurbished Spartan Trailercoach-turned-bar and check out the current food truck—they rotate week to week. 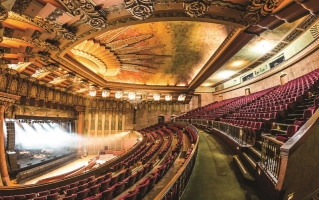 WILTERN THEATRE
Built in 1931 by Stiles O. Clements of Morgan, Walls & Clements (L.A.’s oldest architectural firm), the Wiltern was originally a vaudeville theater. Today, the 12-story, 1,850-capacity venue hosts a variety of performers and is an indisputably exquisite example of Art Deco design. From its dramatic high ceilings, colorful murals and decorative tilework to the auditorium’s awe-inspiring starburst ceiling design—look closely, each ray is its own vintage skyscraper.