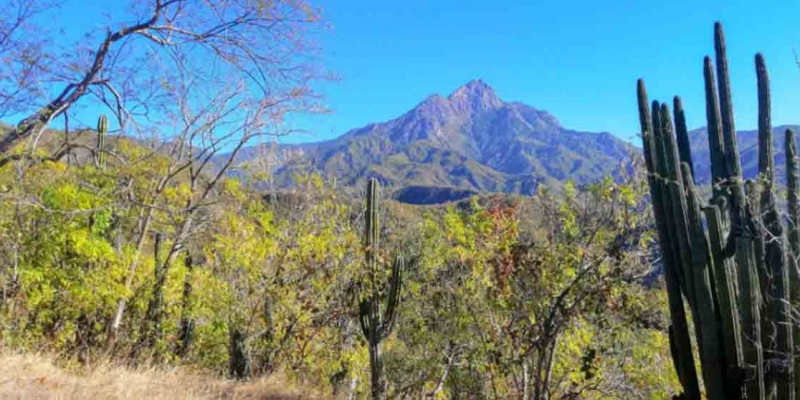 Miraflores is a small town hidden away from the international spotlight; a lush oasis nestled at the foothills of the Sierra La Laguna Mountains, about an hour’s drive northeast of San Jose del Cabo. It’s hard to imagine a place so close to the desert hillsides of Los Cabos described as “lush.” However, the Sierra La Laguna blossoms year-round, featuring gently flowing streams and charming, picturesque towns, such as Miraflores and its neighbor, Santiago. These towns have existed for ages, some founded in the 1700’s when the European mining companies established gold and silver mines along the California Baja peninsula. 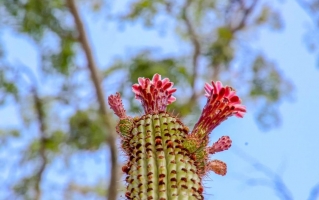 Miraflores’s “claim to fame” is the very tasty, colorful fruit called “pitahaya,” which grows on the tall cacti “cardones,” the abundant and iconic symbols of the Baja desert. For the past 30 years, July has marked the last pitahaya harvesting month of the year. When the cacti are in bloom and the fruit is ripe, the town hosts the Fiesta de la Pitahaya, featuring a variety of cuisine, cocktails and local arts and crafts, centered around the pitahaya.

Forget about the traditional piña colada, it’s “una pitahaya colada, por favor.” The festivities revolve around this vibrantly colored fruit—from fresh drinks, gelato and salads to simply eating it straight out of the peel. But this fruit isn’t just for eating; in Pre-Hispanic times the indigenous people used the bright red, orange, yellow and white pitahayas as fabric pigment and for painting murals. 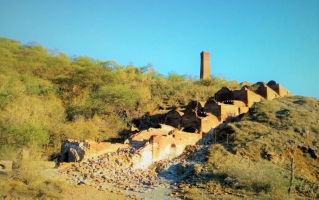 If Miraflores is on your Los Cabos-area bucket list, there’s much to explore around the town, whether sight-seeing or adventure-seeking. Arrive early in the morning for a leisurely hike up to one of the mountain streams, take a refreshing dip in the cool water and then head back to town for a well-deserved pitayaha colada and rustic quesadilla with carne asada.