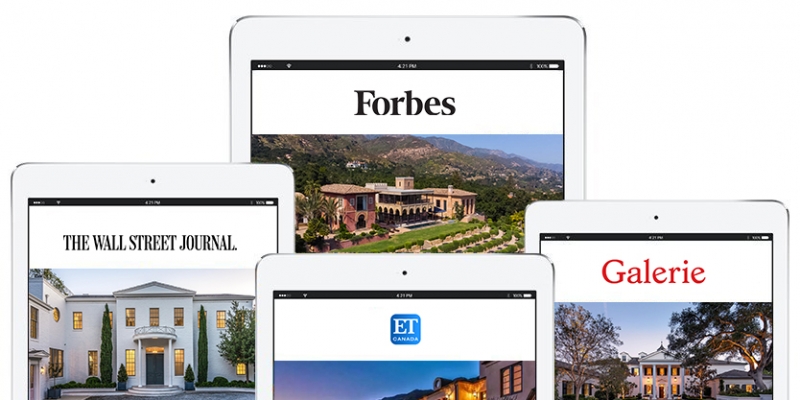 From record sales to new listings and landmark office debuts, August was a busy month for The Agency. All eyes were on our A-List team of agents (and clients) as they made remarkable real estate moves around the globe. Here are some of the month’s hottest headlines that made waves. 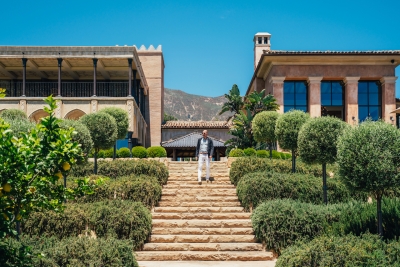 848 HOT SPRINGS ROAD - This Spanish palace-inspired villa in Montecito got a nod from Forbes, which spotlighted the 11,947-square-foot mansion and its style, which “recalls another time and place, like a Moorish monarch’s palace from the 13th century (except situated on a picturesque hillside in affluent Montecito).” The property, Forbes writes, is “like a mirage, it arouses double-takes.”  Billy Rose, who represents the home, described its eclectic style to Robb Report  as “Kinka-lomerations,” after the villa’s owner and designer, director Kinka Usher. “It’s more a chorus that does harmonize,” Rose tells Robb Report. “You know, you have the bass and the soprano—here, the Japanese, Spanish, Italian influences. It’s all very emblematic of Usher’s creative, visionary way.” 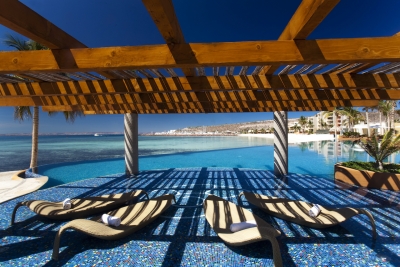 NEW OFFICES IN TODOS SANTOS AND LA PAZ- The Agency’s two new offices in Todos Santos and La Paz, Mexico garnered a callout in InMexico. “In Todos Santos, a growing tourism and luxury real estate market are opening the doors to a slew of new offerings, making it an ideal location for The Agency,” reported InMexico, who also mentioned the accolades of office leader Bernardo Mucino Koenig, who is “regarded as one of the top agents in Mexico, selling more than $160 million in real estate in the past four years and successfully growing the Los Cabos office to comprise some of the top producers in the city.” 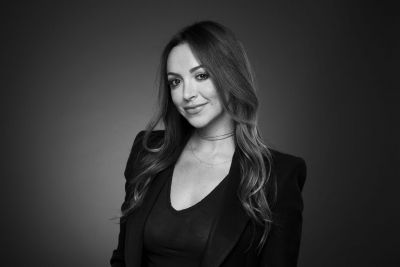 FARRAH BRITTANY - Top-ranking agent Farrah Brittany gave her Instagram followers an inside view of her day-to-day and some expert advice on building their own real estate career. BravoTV highlighted a few of Farrah’s tips for newly licensed real estate agents, among them: "Try to get a job assisting a top agent (or one with a lot of experience) or working on a team—you will get much more experience and it will be much easier later on!" 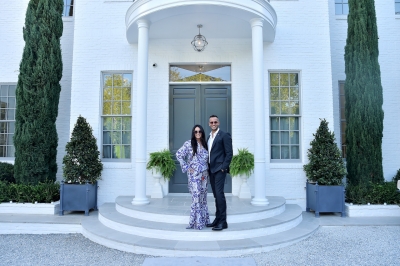 227 N. TIGERTAIL - The Wall Street Journal spotlighted the unveiling of Santiago Arana and Anthony Buttino’s new Brentwood listing, an incredible 13,000-square-foot estate designed by Windsor Smith—who counts Gwyneth Paltrow among her many tastemaker clients. Windsor joked to WSJ that Gwyneth had been to the newly completed Brentwood property many times, but having purchased two of Windsor's homes already, the Goop founder “isn’t allowed to buy it." The property includes a main house with six bedrooms and a rooftop terrace as well as a separate guest pavilion with a screening room, an entertainment room with a bar and walls of glass that open onto the garden. 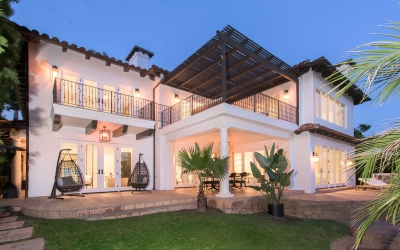 9928 TOLUCA LAKE AVENUE - We didn’t say a word about this one, but news that Andrew Mortaza and Bryan Castaneda had listed the former Spanish-style rental home of Justin Bieber and Hailey Baldwin made headlines in The New York Post and Cosmopolitan. “It’s easy to see why the newlyweds initially shacked up in the stunning waterfront Spanish contemporary–style abode,” noted Architectural Digest. The 6,500-square-foot home features five bedrooms, seven bathrooms, a chef’s kitchen, a professional recording studio, a gym, and a six-car garage—plus, 600 square feet of covered patio space, a pool, and private dock on Toluca Lake. 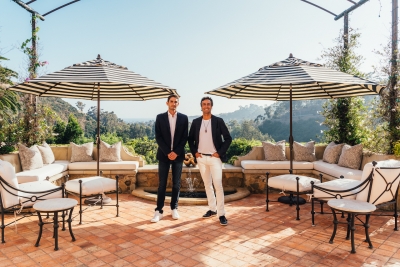 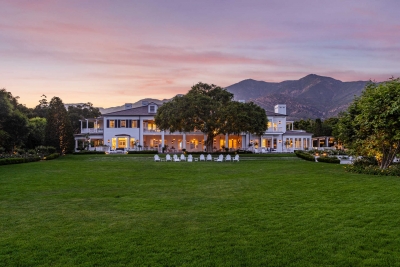 OAKVIEW, MONTECITO - Rob Lowe’s stunning, East Coast-inspired home, represented by Eric Haskell, arrived on the market to much fanfare—Mansion Global, Page Six and Galerie Magazine. Designed by Don Nulty with interiors by David Phoenix, Galerie’s Ashley Petras wrote that the “classical American style” of the former Parks and Recreation actor’s home feels “more Mount Vernon than Santa Barbara,” but its views of the Pacific Ocean and the Santa Ynez Mountains are “unmistakably California.” 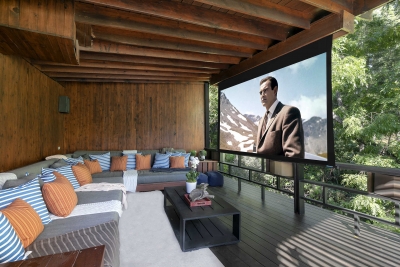