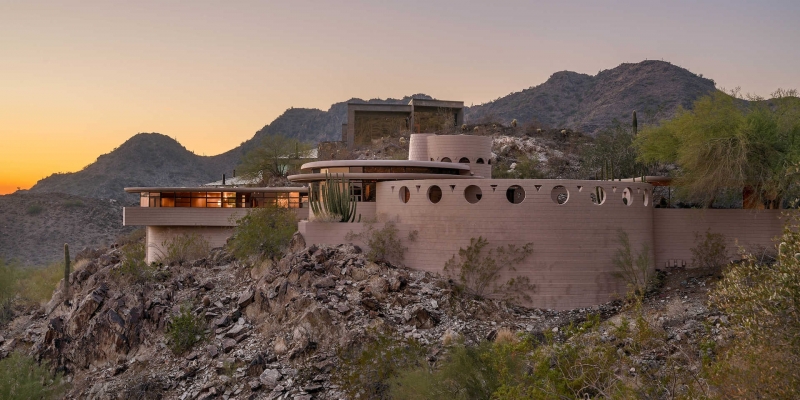 A strategic, combined marketing and public relations effort by The Agency and Heritage Auctions was widely credited with raising the profile of the home among potential buyers around the globe.

“The process was extremely smooth and the auction was run very well,” Jack said. “The public reaction has been very positive and the response to my social media has been extremely well received, with most stating the home sold for what they thought it would go for.”

The three-bedroom, three-bath home was sold fully furnished, complete with the original furniture and fixtures Wright designed specifically for this house.

“It was such an honor and privilege to represent this home,” said Raul. “It is a gorgeous example of Wright’s design—its organic architecture and curved lines mirror the shape of the Phoenix Mountains. I’m thrilled the sale was so well received by the bidders.”

While the winning bidder does not wish to be identified, the auction house revealed that he lives out of state and plans to keep the home intact and use it as a vacation home.

Also known as “The Circular Sun House,” the estate was commissioned by the Lykes family, constructed over eight years and completed in 1959. Updates made in 1994 by the current owner were approved by the Frank Lloyd Wright Foundation. Finishes include stainless wrapped kitchen counters, honed Italian rose marble in the master bath and handpicked slate floors from India. The iconic estate is located on more than 1.3 acres on the edge of the Phoenix Mountains Preserve.