The Agency Welcomes Stephen Saffold To The Team 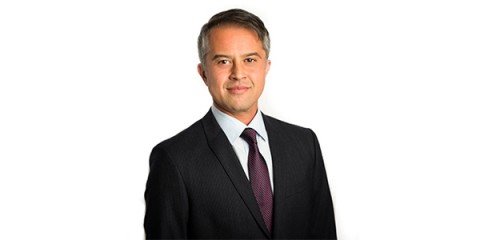 The Agency is proud to announce that Stephen Saffold will be joining the team as Managing Director of Bay Area New Development. A NorCal native and graduate of Berkeley, Stephen not only knows the landscape but has proven instrumental in orchestrating off-market development opportunities for residential developers in San Francisco and Bay Area markets.

Remarking on his new role, Stephen stated, “I’m elated to expose my current clients to The Agency’s unparalleled and continually evolving branding, marketing and sales strategies.” Chiming in is Hana Cha, Managing Director of Urban New Development for The Agency, who remarked that, “Stephen’s background and experience in brokering land deals will be an invaluable asset to the New Development Group as our roster of developer clients continues to grow. His expertise in acquisitions and project entitlements will be beneficial to our clients and valuation assessments. We are thrilled to have him be a part of the team and anticipate The Agency to quickly embrace the new development market in the Bay area.”

A relative late bloomer in real estate, Stephen came from a creative background before being invited by an old friend to join the land brokerage of O’Donnell/Atkins in Downtown LA—the same individual who would later introduce him to Co-founders Billy Rose, Mike Leipart and Mauricio Umansky. Although quite a departure from his previous line of work, Stephen developed a quick fascination and found large-scale development projects especially exciting.

Despite moving from Los Angeles back to the Bay Area at the beginning of the financial crisis, Stephen persevered and has never looked back. He continues to work closely with developers on both apartment and condominium projects, most recently a 20-story apartment tower to be built in Oakland.

In Stephen’s spare time he enjoys swimming, cooking, taking pictures of off-the-beaten-track urban neighborhoods and daydreaming about his next far-flung adventure.